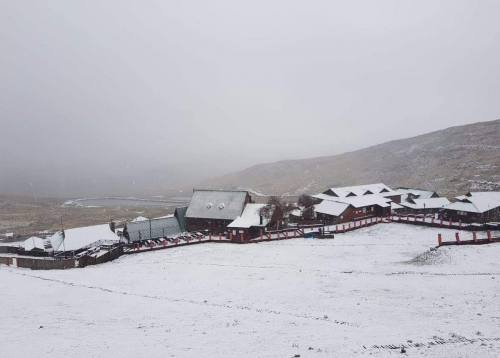 * True stories from the Karoo

As I'm compiling this week's newsletter, the north-wester is gusting well over 30 knots with heavy rain squalls causing localised flooding in Cape Town. Snow has begun falling in the high mountains from Matroosberg to Sutherland and more snow is forecast for the Swartberg. It is after all winter and the rains are most welcome. Particularly the Eastern Cape is seriously in need of rain and reports coming in show the Vaal Dam has dropped to below the 50% level with the dry winter season still looming. The hectic weather makes a pleasant change of topic to all the conspiracy theories that continue to dominate the social media platforms.

Trips & Tours
We are anticipating that Level 3 will end towards the end of June and Level 1 should arrive towards the end of July. Our Wild Coast Tour arrangements are in full swing with packing lists and route maps having gone out today. We had a flurry of cancellations (mostly Covid 19 fears) and quickly resold two of the places, but we still have two tickets going begging. If you want to join us for 10 glorious days of Wild Coast exploration, there's still time to get on board.

Our Ben 10 Eco Challenge V3 Tour has been rescheduled for mid September and we also have 2 tickets available. The Ben 10 Tour is more than just driving challenging mountain passes. We visit some of the most beautiful and rugged places imaginable in the highlands that will leave an indelible mark on your memory. Places where ice cold rivers tumble through rugged gorges and vertical waterfalls - where trout make their home to spawn. Villages like Rhodes and Barkly East. Old bridges dating back to the 1800's. Tall conifers standing guard over dramatic mountain slopes. Ask anyone who has done the Ben 10 and you will get an immediate thumbs up. Book online here: BEN 10 V3 TOUR

True Stories from the Karoo

We had a toilet like this in Cookhouse. It occupied the furthest corner of the yard. To take this time travel, readers need to fully understand the mechanics of the system. A pit is dug approximately 2m deep and 1,5m square. A shelter is erected over this pit. In our case it was made from corrugated iron. This was secured to the ground with “bloudraad” onto metal pegs - the purpose being that the wind could not blow it over.

Inside was a basic wooden seat. The door could not be locked and there were always spiders and cobwebs around. There was no light. And it smelled bad as anyone who has ever used one, will know. And there were heavy bodied metallic “brommers” who seemed to enjoy the permanent stench of the longdrop. 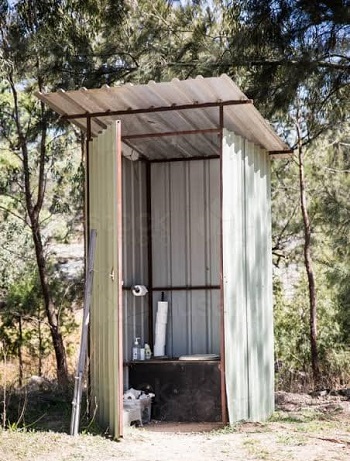 Our father, Winston (Spindy) Roberts, was the fourth youngest of ten children. His father was English and his mother was Italian. Her maiden surname was Sante, which was bestowed on me as my second name. But we’ll get to this mish-mash of international names later in this story. It would have a profound effect on my life as a youngster and be the perpetual subject of teasing and ridicule. It also built loads of character.

Granny Sixer (as we used to address her) was without question the dominant parent of the King Williams Town Roberts clan. All but two of the children had the distinctive Italian complexion. My father was distinctly Italian in both looks and temperament. My brother, Carlo looks very much like our father. Carlo was accident prone. There are many tales to tell, but the one today stands out boldly above the others.

Our father would bellow at the top of his voice:

“My God Carlo! What have you done now?”

This would bring the rest of us to the scene of the crime to find out what our big brother had managed to get up to.

My mother was in the nursing home in Somerset East, giving birth to Janine, the youngest of the four of us. My father, whose office was just up the road was left to care for the other three children and hold down his job at the same time.

The day arrived where we were all going to collect my mother and the new baby. Lola and I were ready to go, but Carlo was nowhere to be found. He was 9 years old. After Lola and I were grilled as to his whereabouts, our father went into panic mode. His voice became louder as he searched through the house for the missing boy. Each bellow become increasingly enraged and louder.

There was only one last place to look - the long drop. Winston bounded to the toilet and peered down into the gloomy pit yelling Carlo’s name, but was met only with the sound of a lazy resident brommer.

Winston at that point hit the red zone. He was convinced Carlo had fallen into the pit and was busy drowning in excrement. Overcome with dread, he tore down the toilet building and jumped into the pit sifting through years of human waste, in search of his oldest son. He was in a hell of a state. Just then Carlo came sauntering into the yard. He had been at a friend's house. He had a quizzical look on his face with a half smile coupled with a furrowed brow.

That frozen moment in time when Winston, now fully immersed in the brown stuff saw his oldest son standing there with a grin on his face, is impossible to describe. Relief, followed in an Italian second of anger. I don’t remember if Carlo got his pakslae before or after Winston cleaned himself up. Ever since then I have studiously avoided using a long drop toilet. The memory is indelibly etched into my brain.

A quiet back road under the admin number of P605 runs through some of the most beautiful high altitude scenery between Mount Frere and Cedarville. Last week we featured the Nungi Pass, which lies just to the north of our featured pass this week.