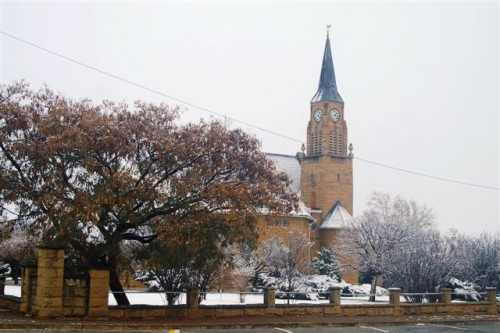 At MPSA HQ in Cape Town, our offices have suddenly burst into life with a surge in inquiries on tours and the various services we offer. It's wonderful to see the tide turning. From the fearful masses with masks, there is a definite change of mind-set taking place. People want to travel again. People are tired of living in fear. Tired of the isolation.They want their lives back again.

We have had one cancellation for our Ben 10 V3 Tour in mid September, so if you would like to drive the challenge in the safety of a group and enjoy the incredible scenery, camaraderie and fun of this tour, you can read up on all the details as well as sign up on this link: BEN 10 V3 TOUR.  As an indicator of the popularity of the tour, two of the places have been booked by guests who have done the Ben 10 V2 tour. Yes, it's that good.

Our new tour - the Swartberg Tour 2020 - will be our last multiple day tour of the year. We have set provisional dates for the tour: 27th to 31st October. As always the Swartberg Tours are very popular and we can only take 10 vehicles. Drop us an email if you want to pre-book a place on this tour: This email address is being protected from spambots. You need JavaScript enabled to view it.

We are working on a few day tours over the November/December period, including a tour that will be able to be driven in a normal car.

My first bottling plant. A true story unearthed from the dust of the Karoo. This photo shows the neighbour’s two kids, Brian and Edith Brandsten posing with me (far right). I think I was the only fair haired kid in the entire Karoo. I stood out like a sore thumb. 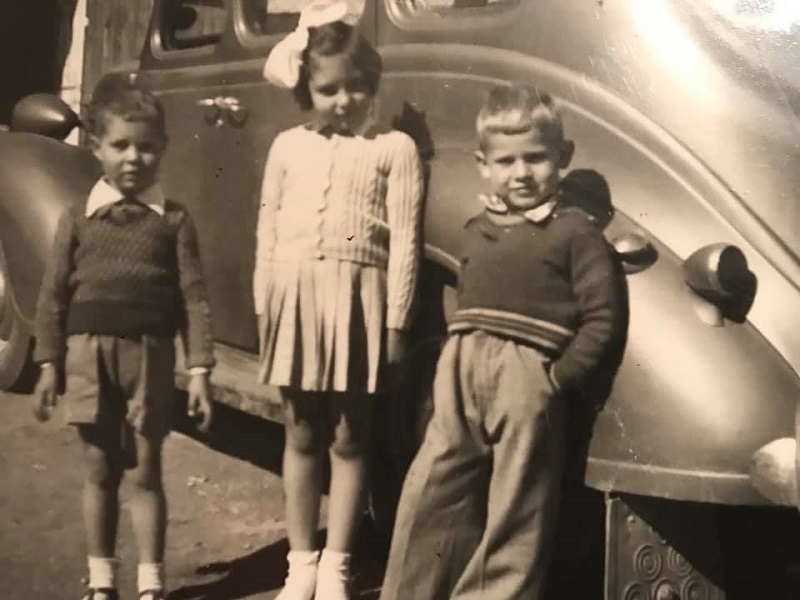 These were days before we had started school. A time of creativity and mischief for a four year old. I’m not sure who came up with the idea, but looking at the photo and the facial expressions, I would hazard a guess it was probably me.

Most of the families used to make their own pineapple and ginger beer. These would be stored in a range of assorted glass bottles with old corks in the fridges or cellars. It occurred to me that urine and ginger beer had a similar colour and texture. The scene was set for a prank which got my lily white Viking backside whipped good and solid.

After coercing Brian that my plan was flawless, we located a suitable bottle and cork from the trash. Off we went behind the long-drop, where we proceeded to pee in the bottle until it was full. The cork was added and voila! Ginger beer 101. The next part of this scheme was - who were we going to set up as the victim?

After a short debate and no doubt due to my persuasive personality, Brian’s mom was zoned in as the target. The two of us walked over the road to the Brandsten’s house, with me being the presenter of the gift. In my best Afrikaans and my sweetest smile, the deadly bottle was proffered to Mrs. Brandsten.

She thanked me and asked me to thank my mother and duly stowed the bottle away in the fridge. The plan had gone exceedingly well, but we were somewhat disappointed that she hadn’t taken a swig straight away. We both kept a straight face and headed outdoors to play.

I’m guessing Mrs Brandsten was eager to have a drink of refreshing (and intoxicating) ginger beer on a hot Karoo afternoon. The result, as well as the consequences, were explosive!

From the yard we heard the considerably loud voice of Mrs. Brandsten. There was no doubt about what had just happened. Our scheme had been executed to perfection, but there would be a price to pay. We were giggling hysterically but that mirth quickly changed to “Oh damn” when the largest tannie in the street came within sight, with those loose bits of wobbly fat on her upper arms flapping wildly. This was long before the term 'bat wings' had been coined, but believe me, they've been in fashion for a very long time and were breeding prolifically in the Karoo.

She came storming out of the kitchen and grabbed us each by the ear. There were no formalities like getting whacked with a shoe or a belt. We both got a resounding hiding with the flat hand - Boere style.

Brian was banished to his room and I was ear-marched over to my mother, the evidence in Mrs Brandsten’s other hand, which she held gingerly aloft at a full arm's stretch for fear of being further contaminated, all the while wrinkling her nose. She told my mother about what a wicked child she had and that this little blonde boy needed some stricter parenting.

My mother had a way of looking serious but around the corners of her mouth I could see she was desperately trying not to laugh. I did get a second hiding, which was more to placate the urine beer drinker than to inflict injury to my behind.

I seem to recall that was the end of the friendship with the neighbours. Let’s just say Mrs Brandsten was pee'd off.

Mostly our weekly features are of the big, impressive passes, but it's often the lesser known, off the beaten track gravel passes that offer some of the best surprises. The Eastern Free State is renowned for its scenic beauty and the area around the pass is no exception, so it is well worth the effort required to get there. We travel to the town of Marquard as we explore the Schuilkrans Pass. Every pass that we research and film is done with the same attention to detail. So enjoy this little pass and maybe one day you will seek it out and enjoy the solitude of the sweeping Free State panoramas.

In days gone by, Marquard was fenced in and there was a night-watchman who would guard the four gates at night. There was only one tap to serve the whole town, and legend has it that a local clergyman’s horse learned how to open this tap at night to drink from it, but, of course, couldn’t close it, causing the town’s reservoir to run dry.

The town has a colourful history, with tales being told of a stock auction at which a lion was put up for sale, with a fox terrier being added to the lot to increase its value. Oom Schalk Greyling bought the pair for 10 pounds, then got into the habit of spreading a story that the lion had escaped, much to the consternation of the villagers!

Marquard is one of few towns which still has a working mill, a beautiful old building well worth seeing. The imposing NG Church was built from sandstone quarried in the district, as was the gabled town hall. The Marquard Hotel, now a boutique hotel, also dates back to the early 1900s.