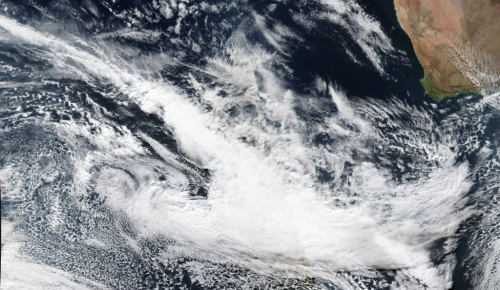 * How to refurbish roadsigns 101

* Tales from the Karoo

The third and most powerful of the major frontal systems this winter is scheduled to arrive in Cape Town today. Big snowfalls, gale force winds and heavy rain have been forecast. The system is forecast to reach as far north as Namibia. Expect snow on passes above 1000m altitude as well as road closures from Thursday till Monday.

If you're a storm-chaser, get your wellies and foul-weather gear and make sure your camera is waterproof. We'd love to see your pictures.

We ran up the first set of decals to refurbish the first of the summit signs of 54 passes in the Western Cape. I thought this would be an easy and pleasant task, getting me out the office and into nature where I am happiest, but I was in for a big surprise. Those road signs that we all take for granted involve a lot more effort to maintain than what most people think. They are very much bigger when you're standing 1m away. They are also subjects of much abuse. Illegal stickers, graffiti, bullet holes, malicious damage, rocks thrown at them. In short, they do not look pristine for long and require regular maintenance. The signs have been up for about 10 years.

I made up a pack list of gear I thought I would need - decals, scissors, marking pens, masking tape, methylated spirits, spray on soap, rags, bucket, fresh water, utility knife, ladder, safety vest and a whole lot more. For the first experiment, I knew it would take me longer than I expected.

First the whole sign had to be washed down. Then all non-official stickers had to be removed. Some of them were very stubborn and required a gas gun to heat-soften them. Glue residue is removed with meths and elbow grease. The thought did occur to me to send all the businesses that pasted decals on the signs an invoice for removal and cleaning! The surface is a spray painted brown surface. Removing old decals with a blade damages the spraypaint. You have to work very, very carefully.

The weather has to be good as well. Any mist, fog or rain and the decals will not adhere properly.

Then came the repair of the bullet holes. There were 10 holes clean through the metal (Chromadek) and many other others that were not powerful enough to pierce the metal, but enough to make a big dent. My original idea of filling the holes and then covering the front side with the brown vinyl was hopelessly optimistic. That would have been far too time consuming, impractical and expensive, so the holes are simply covered with a slightly oversized square of vinyl. The results are actually quite satisfactory.

Next up is the application of the MPSA.co.za logo. It's long at 1,2m and even the slightest error at the starting point of the decal will be amplified greatly at the other end. The vinyl is 3M reflective. It's expensive and brittle. You only get one shot at it. I managed to fluke the first one and got it almost perfect. You are standing on a ladder on an uneven surface with trucks whizzing by. It's a lot easier said than done.

Then the vinyl has to be compressed to eradicate any air bubbles. A final wipe down with meths and voila! As with all new projects the learning curve is steep. All the scratch marks along the top white strip are from baboons. Here is the result of the first sign: 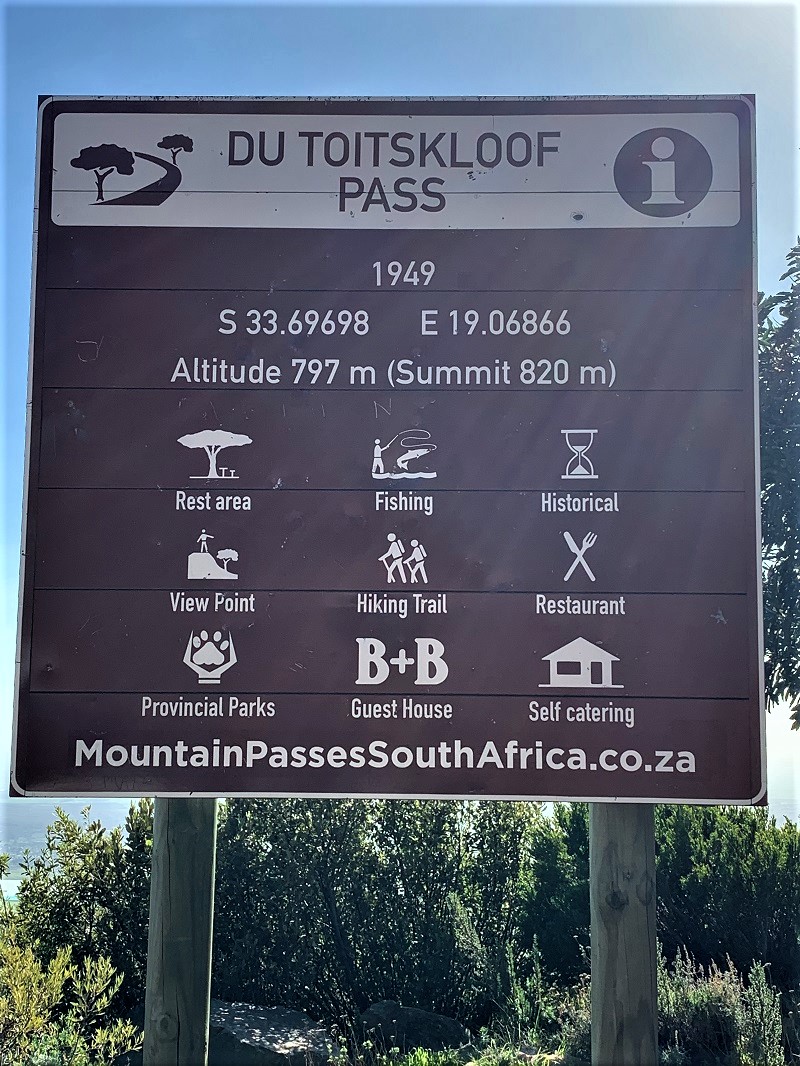 Time to do one sign: 2.5 hours, but I'm sure as I become more adept at the job, my speed will become more efficient.

Tales from the Karoo

Yes we are still in Cookhouse and it’s still that momentous year of 1953. In between being a hooker (the rugby variety) and a dentist, my boet also at one point had aspirations of being a petrol attendant. My brother and I would often sit in the stationary 36 Chev, whilst our father had an afternoon sleep as we went on imaginary drives all over the sleepy Karoo roads - just like any young boy of that era might do. There were engine sounds, brakes squealing and gears would be changed. Carlo took his driving to another level after noticing with due diligence for a 7 year old, that the fuel gauge looked rather low.

Our garage in Cookhouse was a timber and corrugated structure; not unlike the longdrop toilet, but much bigger. The garage had no windows, so when the double barn style doors were closed, it was dark in there. It took a while for your eyes to become accustomed to the gloom. It was also stupidly hot in summer. Holes in the metal sheeting allowed fine beams of sunlight into the gloomy interior. It was a place of great fun and thrilling high speed car drives.

Carlo wanted to impress our father, so whilst Winston was saaging balke (snoring heavily) after a heavy Sunday meal, Carlo thought it would be a fine idea to impress the old man and fill the car up for him. The watering can was employed for the job and after many trips backwards and forwards between the garden tap and the Chev, the fuel gauge finally registered full.

The next day when Winston opened the garage door to drive the 200m to his office, the Chev’s normally reliable engine sputtered into silence within 30 seconds. Then came that tenor pitched roar from inside the Chev!

“Carlo! What the hell have you done now?!”

That was a hiding of note. I was wincing on my brother’s behalf.

Podcast: We chat about our featured pass - the Mzintlava Pass and take a trip back to Lusikisiki in 1957 where we have a look at the life and times of the magical Mr. Khotso.

Our featured pass this week is the mystical, marvellous and majestic Mzintlava Pass. We filmed this pass during February, shortly before lockdown. This is the 5th longest pass in South Africa at 38.2 km so we had to produce 7 x 5 minute videos, providing 35 minutes of viewing time. In the process of producing that marathon video set on a single pass (only our Sani Pass video series has more than 7 videos) we were able to narrate a fairly comprehensive history of the Transkei, which is both interesting, informative and educational.

Before taking in all this wonderful pass has to offer, allow about 40 minutes to take it all in.

This is one of the passes we will be driving on our Wild Coast Tour.

Words of Wisdom: "Always make a total effort - Even when the odds are against you" - Arnold Palmer