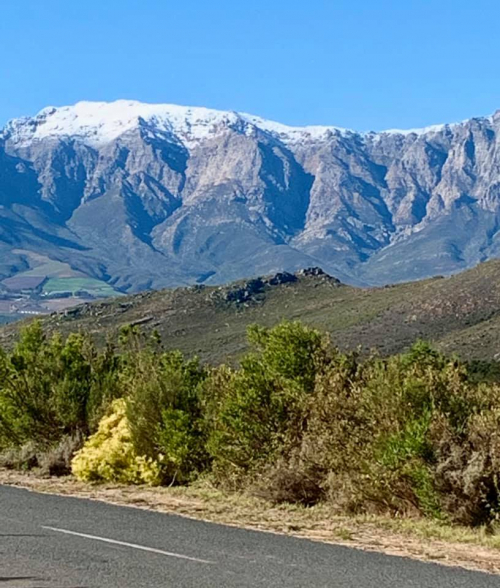 * Signs of the times

2020 is proving to be what is likely to be the most significantly unusual year for every person on the planet. Our winter weather is also considerably wetter and colder than what we have seen in a very long time, with record wave heights, wind speeds, snow falls and rainfall patterns (in the Western Cape at least).

The frontal system that hit the Western part of South Africa on Sunday afternoon caused plenty of damage to infrastructure and especially radio masts and dishes.

But those damages are insignificant compared to what the Covid 19 pandemic has done to this country's economy.

With the abrupt turnaround by government on leisure travel, it meant we had to postpone our Wild Coast Tour for the second time. We have now moved it to November, Our guests almost without exception have been supportive and understanding.

We are launching our new Swartberg 2020 Tour today and you are the first to see the details. This 5 day tour from the 19th to the 24th October, will start in Swellendam and head north to Bosluiskloof via Gysmanshoek and Seweweekspoort, where we will spend two days at Bosch Luys Kloof Lodge. From there we will be driving mainly on gravel to De Rust and north through Meiringspoort and on to Prince Albert. Day 4 we will drive the Swartberg Pass as well as the out and back trip to Die Hel via Elands Pass with an overnight stop at the Calitzdorp Spa. The final day we will tackle the Rooiberg and Assegaaibosch passes and finish at the beautiful Rooiberg Lodge. This tour is suitable for 4x2 vehicles with reasonable ground clearance as well as soft roaders. Book online here:

Our refurbishment of 54 road signs in the Western Cape has highlighted a number of issues. It's an expensive and time consuming exercise, exacerbated by vandalism, which includes graffitii, bullet holes, stone throwing, scratching, stickers, spray paint and more. One of the first tasks we have undertaken is to tackle and correct the subculture of defacing road signs, which is considered quite acceptable in many spheres of society.

This is going to take some time, but there's no time like the present. We have already started a campaign on our social media platform which has a following of 34000 people and in time the plan is to create an awareness that is wrong to deface a road sign in any way - including adding a sticker. Eventually a road sign ends up looking really messy. We are innovating a plan for responsible and caring enthusiasts of our mountain passes to foster a sign over a 5 year period. This will include a dedicated page on our website allowing for substantial advertising opportunites for business owners as well as via our social media platforms (34000 followers). 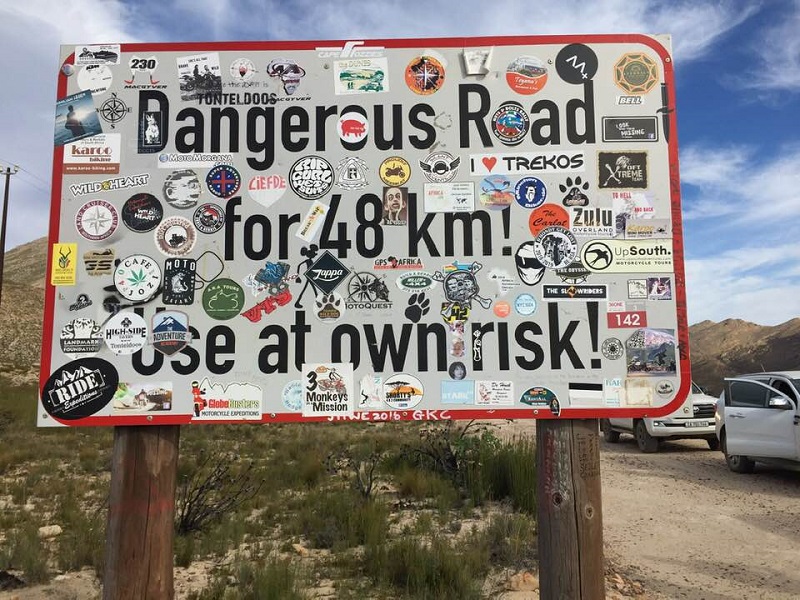 Time to stop the decay

This photo of my father dates back to about 1943 - ten years before the Christmas story I’m about to relate.

Winston Angus Roberts (as I’ve mentioned before) was half English, half Italian. The Italian gene ran strong and dominated the majority of the family members, with one of my uncles (Hugh) and myself being notable exceptions. All this is merely a preamble of stories to come.

It was about two weeks after Christmas. I remember it well, as the discarded pine tree from the lounge had been dumped next to the garage. It was wilting in the Karoo heat.

The corrugated iron garage mentioned in yesterday’s story once again becomes the scene of the crime.

In the harsh light of noon in the Karoo, anyone driving into that gloomy garage was to all intents and purposes, unsighted and it was only the familiarity of the layout that allowed Winston to drive the 36 Chev into the the garage and stop exactly in time before crashing into anything. It was impossible for the human eye to adjust to the rapid change of light.

I, of course, had no ability to rationalize all that out when I was four.

There were two empty 44 gallon steel drums in the garage, stacked right at the far end. I figured it would be a cool idea to move those two drums to the front of the garage, just inside the shadow line. I have no idea what I was thinking at the time. Yet, there must have been some thought that went into such an elaborate plan.

Just after 1 pm Winston arrived home for lunch in the Chevy and drove through the open gates and into the garage which was open. The results were spectacular in every sense. The front bumper hit both drums simultaneously and sent them crashing to the cement floor, causing a din that most of the town could hear.

Then came the roar “Carlo, what have you done this time?”

My brother very quickly proclaimed his innocence, at which point my father looked at me and I meekly admitted guilt.

Winston reached down and snapped a branch off that old Christmas tree and gave me one of the worst hidings of my life. The marks from the pine needles were imprinted on my buttocks for several days.

Last weekend we refurbished the summit sign of this amazing old pass, so steeped in rich history. It made me realize just what an astonishing piece of road engineering it was in its day - 1853. We have multiple videos covering every aspect of this beautiful pass for you to cyber drive.

Words of Wisdom: "People who  are crazy enough to think they can change the world, are usually the ones who do" ~ Rob Siltanen.