* Signage clean up (the good, the bad and the ugly)

As this newsletter hits the ether, we will be driving in the Kouga Wilderness with our guests on the Kouga Baviaans Tour, which was adequately described in last week's newsletter. For most of this tour we don't have cell reception, so report backs on social media will be limited.

The autumn season is a busy time for tours and also a perfect time of year to get out into the country. We have had a cancellation for our Ben 10 V4 Tour (March 31st to April 5th - Easter weekend). Anyone eager to take up that ticket can book online here:

It wasn't until I physically started with the road-sign campaign in person, that I realised the extent of the vandalism. Every sign that we clean, we photograph every individual sticker and then make contact with the companies, clubs and tour groups and appeal to them to refrain from the bad habit. Mostly we are met with positive responses, so we are encouraged and motivated to carry on with the good work.

The vast majority of stickers are applied by bikers and now that we are raising a conscience amongst adventure travellers, many of the biking groups are actively helping us by removing as many stickers as they can. This was the whole idea in the first place - as we simply don't have the manpower to cover the whole of South Africa. The ultimate goal is to have every biker in South Africa on our side. 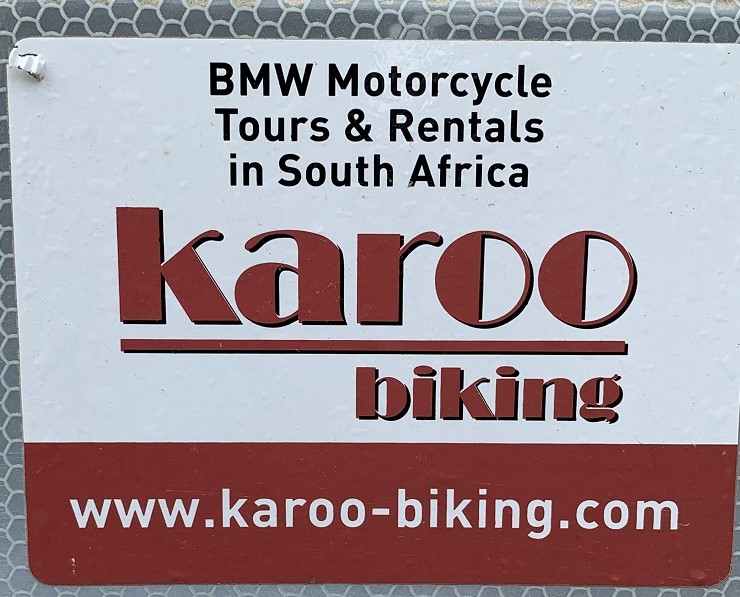 One of the businesses which declined our hand of friendship was Karoo-Biking.com. I wrote to the owner in person and offered him the exposure of our social media network  (4 million post views per month) in return for his cooperation and this was the reply we received:

many thanks for your e-mail. I have received an anonymous message before, but don’t tend to answer those, you did the right thing by messaging me directly.

I have replied to one of SAMP FB posts a couple of days ago, but happy to send this to you by e-mail also.

Sticker culture is big in Europe, you won’t find any Mountain Pass without them, hence tourists will do a similar thing here in South Africa. South Africa really needs tourists, I think we have all seen this over the past 12 months. How many tourism businesses, restaurants, shops etc. have closed down and how many jobs have been lost!

Many thanks for your kind offer to give our business exposure on your social media platforms, but I don’t think that your business and our business have many common denominators and/or share any clients. Our clients enjoy riding mountain passes using a real motorcycle.

Karoo-Biking.com is an official partner of BMW Motorad and caters almost exclusively for the overseas biker market (Germany).

I would imagine business is a bit tough right now.

On the flip side of the coin, a gentleman called Andy Biram, who ownes and runs the Adventure Biking Academy in Mpumalanga, sent us this response to our plea for cooperation: 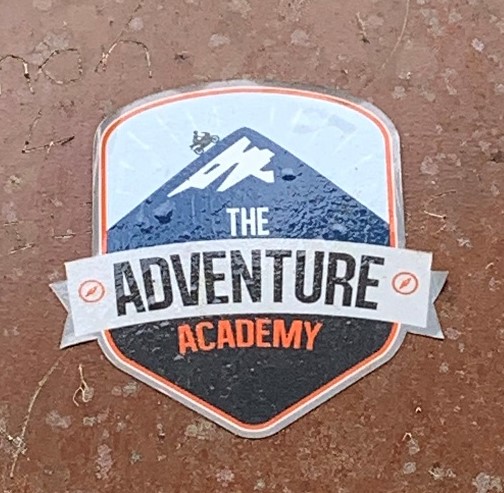 "Absolutely Trygve, I’m on board!

What I’ve done since the campaign was started is to only apply decals to the tour participants motorcycle and not hand them a bunch to keep.

I will also consciously spread the word that decals on signs are unnecessary. Rather park your bike in front and take your photo.

I’m heading over the Ben10 route next week and will remove any I see for you guys.

Apologies for being one of the main culprits, I’ll change my ways...???"

It's all about attitude. I recall doing a personal motivation course about 30 years ago and the opening page of a very thick manual had these words: "It's not your aptitude, but your attitude which determines your altitude"

We are trying to find out which club, group, business or organisation is responsible for the sticker below. There are hundreds of them on not only our signs but on state signs as well. If you know, drop us a line anonymously at: This email address is being protected from spambots. You need JavaScript enabled to view it. 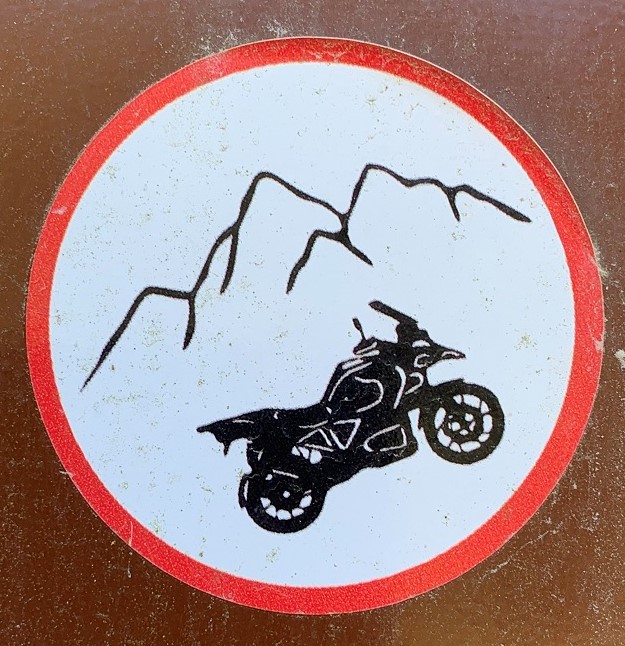 Everyone likes a spooky story. Here's a list of South Africa's most active ghosts. Did you know that there are companies that offer ghost tours? (But we'll stick with mountain passes in the sunshine, thank you!)

Dutch East India Company fort in Cape Town is believed to be the most haunted site in South Africa. The resident ghosts reportedly include the ghost of Lady Anne Barnard who lived there, the ghost of a soldier who hanged himself in the bell tower and the ghosts of soldiers pacing the battlements.

On the right as you enter the oldest town of the Free-State you will see this huge building. Today it is used as a hostel but in the 1800 is was known as the Castle of Philippolis. Rumour has it that there was a suicide in room 56 on the top floor and the ghost can still be seen. Children have reported someone touching them and seeing a cloud floating in the halls

Built in Grahamstown in 1824, the Old Gaol was a prison when martial law ruled in the old town.

“Dead men walking” - those sentenced to death - were led from the Old Goal to the military parade ground for public hanging.

The last victim of such a death was Henry Nicholls, executed in 1862 after being convicted of rape. That this was not an offence punishable by death is, some say, the reason for his restlessness.

Now his spirit is supposedly doomed to repeat the sombre walk - back and forth from gaol to gallows - perhaps for eternity.

Since we are on the Kouga Baviaans Tour today, we will be driving this beautiful gravel pass. You can enjoy it too and cyber drive it with us.

This attractive and sometimes challenging pass is named after the two river valleys which it traverses on its way to Brandhoek north of Joubertina in the Langkloof. It's a typical farm road and forms a long loop starting just west and ending 10 km east of Joubertina which includes the much longer Brakkloof Pass. Both have to be driven in tandem. Allow about two and a half hours to complete the loop. You will be treated to exceptional mountain views, several river crossings, deep gorges, riverine forests and multiple fruit farms.

This 8,2 km long pass has 42 bends, corners and curves which include two hairpins, of which the second one is severe and requires cautious driving at 20 kph. You will need a high clearance vehicle to drive the route as the road can get rough in places, but a 4x4 is not mandatory, except in wet weather.

"The early bird may catch the worm, but it's the second mouse that gets the cheese" ~ Charles M. Schulz