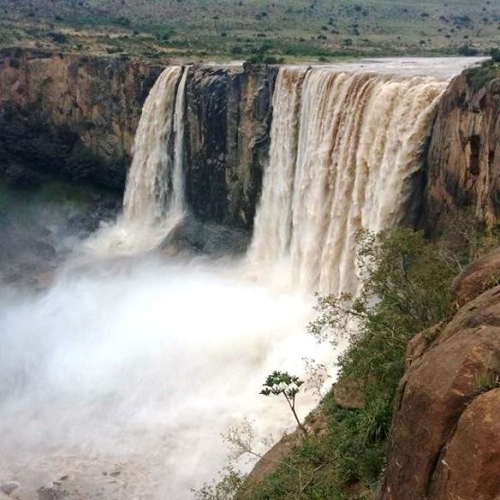 Eventually the crossing was achieved by the use of two further reverses. Reverses have inherent disadvantages of slower average speed and limited train length, but they were adopted due to significant capital cost savings when compared to an alternative longer length of line. Six existing reverses on the branch line might have eased the decision to limit the capital outlay. 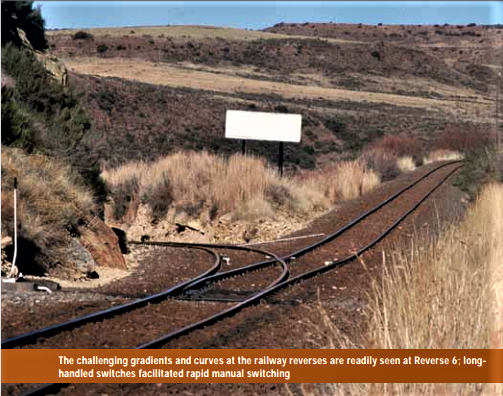 Finally completed all the way to Barkly East, the official opening of the line took place on 12 December 1930 – “Barkly’s Day of Days”. Starting at 10:00, the train with officials entered the station and the customary bottle of champagne was broken on the decorated locomotive.

Market Square was decoratively illuminated. “It is only once in the lifetime of a town that such an occasion as that which occurred on Wednesday last can be celebrated”, exclaimed the Barkly East Reporter. By transporting agricultural products to urban areas, and providing rural access to industrial commodities, provision of rail access has always been seen as an instrument of national development. Following this philosophy, many earlier railway lines were approved despite doubts that they would ever pay their way. Branch lines, in general, performed poorly.

In 1906, for example, only two of the then 22 branch lines in the Cape system were profitable if capital redemption was included. Almost at the bottom of the list in terms of profitability was the Barkly East branch line. At the start of construction in 1903, the line had to compete with ox wagon traffic, which was still very much alive and well at the time, until legislation in 1909 removed ox wagons as an economic threat (and a local livelihood).

But by the line’s completion in 1930, a new competitor had arrived in the form of motor transport, against which it would steadily lose ground throughout the ensuing 60 years. For economic reasons regular service was finally discontinued in 1991. 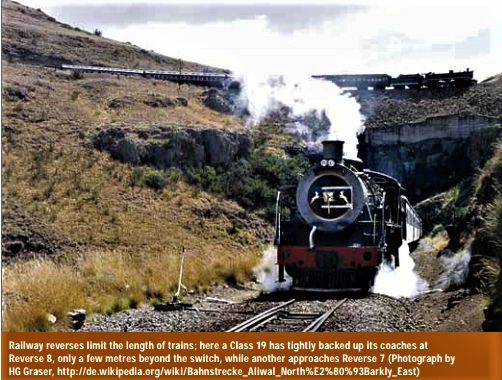 On Saturday 10 October, during the 1992 Lady Grey Spring Festival, an entertaining race between train and runners was organised between Melk siding and Lady Grey. Upon the return of the train to Lady Grey, an evidently inebriated passenger illegally entered the cab of the locomotive, pushed the driver aside and pulled the regulator to full speed on a section posted with a 30 km/h restriction. By the time the train entered a sharp curve, speed had increased to 76 km/h and the locomotive and five coaches derailed in a curved cutting. 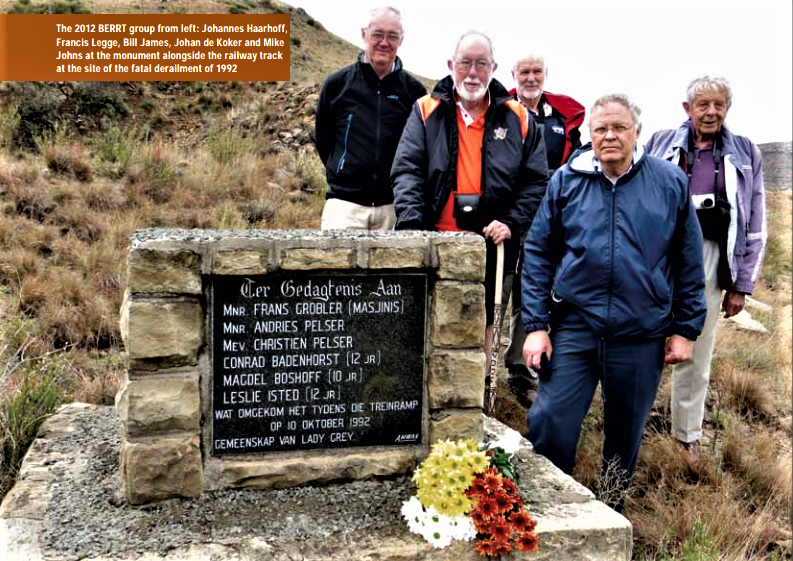 Between the locomotive and the coaches behind, the first coach was crushed, killing five people instantaneously – the Lady Grey station master, his wife, and three children from the area. Four days after the accident the engine driver succumbed. A further 38 people were injured. Subsequently, a monument was erected at the scene of the derailment.

Following this accident, for similar future trips it was impossible to purchase insurance at reasonable rates. However, exactly nine years after the accident, on 10 October 2001, Bushveld Train Safaris ran the ultimately last trip over the line, a commemorative passenger train, after which the line was closed and no further trains were run. Coincidentally, the present BERRT group visited the site almost exactly 20 years after the accident.

A PLACE TO VISIT 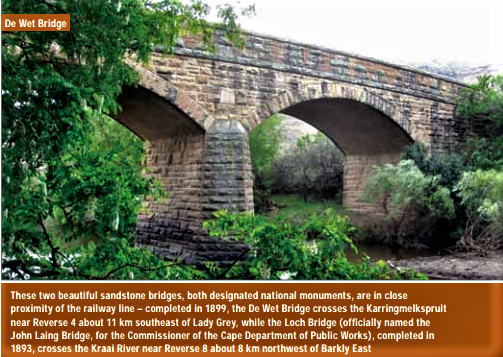 Unsurprisingly, the writers highly recommend a visit to this unique part of South Africa’s railway heritage, incorporating, as it does, the only remaining railway reverses (the other two, between Volksrust and Newcastle, and near Van Reenen, were eliminated by subsequent realignment and upgrading).

Testament to the local custodians of the line, the Barkly East branch, though long disused, remains intact and complete. Being “lovely beyond any singing of it”, the area will attract further railway enthusiasts and other tourists. Friendly farmers allow, by appointment, hiking along the line which mostly lies close to the main road. Furthermore, two heritage sandstone bridges built in the 1890s, both national monuments, are located close to the railway line. 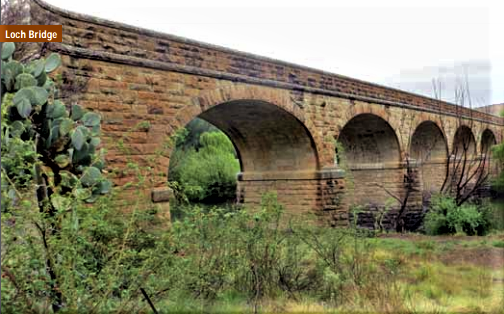 [In addition, celebrated high road passes, rock art, birding opportunities, fly fishing and modern rugged outdoor activities are supported by a range of accommodation opportunities.] Certainly the BERRT group is interested in all possibilities for resurrecting use of this branch line, perhaps by draisines and rail-bikes. NOTE Our visit resulted from a suggestion by Mike Johns; Francis Legge provided transport; Johan De Koker proposed preparation of this article; Johannes Haarhoff conducted the research and wrote the draft; with Bill James as picky technical and language editor. A list of documentary sources is available from the BERRT members. Photographs not specifically credited were taken by the 2012 BERRT group.

The 7th and 8th rail reverses are visible from the Tierkrans Pass, so it's a fitting pass to feature this week.