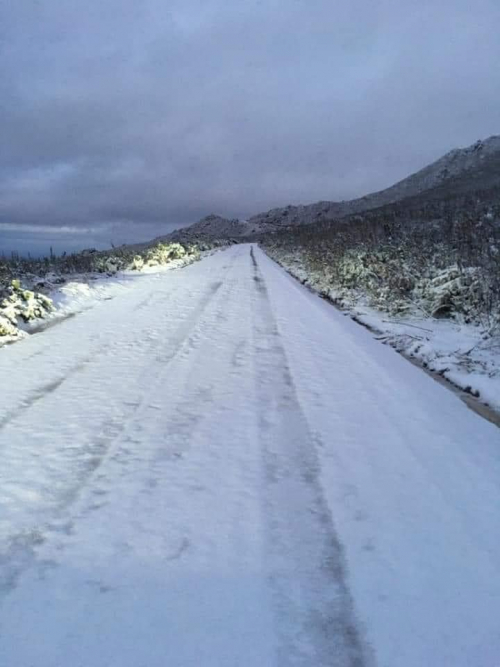 * Drama aplenty on the Swartberg Pass

As the nation slowly recovers from the shock of the riots and looting in KZN and Gauteng, we now move into a phase of rebuilding infrastructure, reopen businesses and more importantly learning to trust one another again and make our nation stronger. There are thousands of unanswered questions, but from our side we welcome the relaxation of the lockdown regulations as the embattled tourism and hospitality sector has to once more rise from the ashes.

We've had a cancellation on our Bedrogfontein Tour with the new dates being confirmed for August 21st to 24th. Anyone interested in enjoying this popular tour can get the full itinerary and pricing via the link below.

This tour includes a trio of passes on the first day which includes Olifantsnek, Zuurberg and Doringnek with a refreshment stop at the beautiful Zuurberg Mountain Inn. We then spend a full day in the Addo Elephant National Park enjoying some great game viewing and the final day is kept for the best part of the tour as we drive the historical Bedrogfontein Pass. We can only accept 4x4 vehicles, with good ground clearance and low range capabilities. The route varies between Grade 1 and 3.

With the coldest weather in decades having swept over South Africa at least 19 new records in minimum lows and highs have been recorded, this system covered the Swartberg Pass in deep snow and more importantly on the southern side of the mountain where the sun has little effect during winter. The snow soon compacted in a thick layer of ice, creating very dangerous driving conditions.

Snow starved South Africans (and inexperienced to boot) always rush off to see and play in the snow when the snow arrives. This year saw a lot of traffic heading to the pass, but when they got to the pass, the road had been closed by traffic authorities. No problem to our risk-takers, who decided to ignore the road signs and drive the pass regardless. This led to 9 vehicles losing traction on the pass and getting stuck, including a BMW sedan.

All of the drivers and passengers had to be rescued and taken to safety, with their vehicles only being able to be recovered one or two days later. This blatant disregard for rules and regulations is part of how many people think and behave these days. One of the vehicles was occupied by a young couple with a two month old baby. Comments can be viewed on our Facebook page.

We are not at all surprised.

Cape Nature have issued the owners of the Matroosberg Nature Reserve a notice to close the route down beyond the Bokkerievieren fork at the 1280m contour level. As usual this has created an emotional response for those in favour and against the ruling. The farm owners are contesting the decision via the courts. We will have to wait and see what the final result will be and hopefully there will be a compromise where everyone is a winner. We'll keep an eye on things and post when we get news.

It's not often we venture into North-West province simply because there are so few passes there, but in this series we are unpacking the history of some of South Africa's lesser known, but nonetheless fascinating dorpies.

Today we visit North West Province and more specifically, the town of Vryburg. It is situated halfway between Kimberley and Mafikeng, in the Bophirima region of the North West. Often referred to as “South Africa’s Texas”, Vryburg is responsible for the largest beef production in the country. Vryburg is the perfect holiday stopover when road tripping along the N14 or travelling on the railway line that runs from Cape Town to Botswana. Established in 1882, Vryburg is an agricultural and industrial centre that was once used as a concentration camp by the British during the Boer War.

The 2,062 hectare Leon Talijaard Nature Reserve’s gate house is a former Boer War prison, built to house Afrikaner prisoners captured by the British forces. There is a small museum and a plaque that commemorates the prisoners executed here. 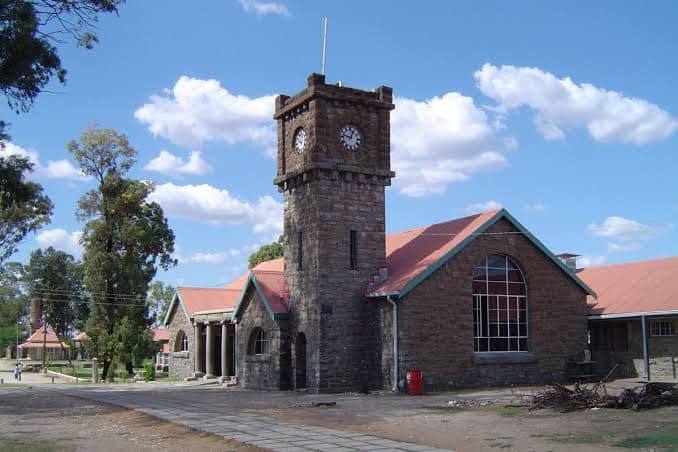 One of the interesting buildings in Vryburg

The reserve is home to white rhino, blue and black wildebeest, zebra, giraffe, springbok, eland, gemsbok, red hartebeest, blesbok, buffalo, duiker, and over 100 species of birds. Hiking trails are available to explore on foot. The Voortrekker Monument, located just outside of Vryburg, was built to honour the Great Trek of 1835 when 12,000 Afrikaner families hiked into the dry and remote interior to put distance between themselves and the British colonial forces.

Today, Vryburg is South Africa's largest beef production district, especially for Hereford cattle. The town hosts the largest cattle sale in the Southern Hemisphere with a turnover of more than 250,000 head of cattle a year. Located on the banks of the Huhudi River, Vryburg is extremely fertile and grows a number of crops like maize and peanuts.

Other attractions in Vryburg include a golf course, rock engravings at Kinderdam, the Swartfontein Pleasure Resort, Tiger Kloof Native Institute with a stone church that is now a national monument, and the nearby Theiler Museum with its interesting collection of veterinary equipment. Vryburg is a fascinating holiday destination full of ancient stories and natural beauty.

Linking Vanwyksdorp in the west with Herberstdale in the east, is the lovely Cloete's Pass on the gravel surfaced R327 route. This substantial pass offers some lovely driving with many twists and turns and agreeable scenery. It's also a quiet road and you're more than likely will be the only vehicle on the pass. We recently drove the pass in June 2021 and decided to refilm it as our original footage was a bit dated. You can enjoy the two part video series as a foretaste to your next trip in the area.