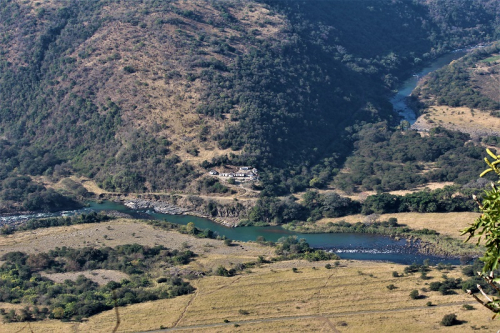 * Back to driving school

In a nutshell, the Boks won the rugby series, the hysteria around the riots in KZN has mostly disappeared from the mainstream media, Covid continues to be the main (depressing) topic, the wild flower explosion is happening in Namaqualand, Cederberg and the West Coast; it's still unseasonably cold; most dams are full in the winter rainfall regions and tourism has breathed another gasp of fresh air as we slowly ease out of season 3 - the Delta variant.

A few basic 4x4 tips for beginners and intermediates:

As SUV and bakkie ownership has increased, so has the amount of off-highway recreation. There is no special license required to drive off-road, even though there are many different techniques and practices involved. There does exist an often unspoken etiquette that is practised by old-school four-wheelers, which developed not just so that everyone can get along on the trail, but primarily for safety considerations.

With the availability of trail-ready 4x4’s, both in the traditional 4x4 mould and outside of it, the slow and steady progression of four-wheeling initiation through involvement and camaraderie has been bypassed. The honour-by-association process misses the chance to be taught by the enthusiastic guy who just bought his first real 4x4. 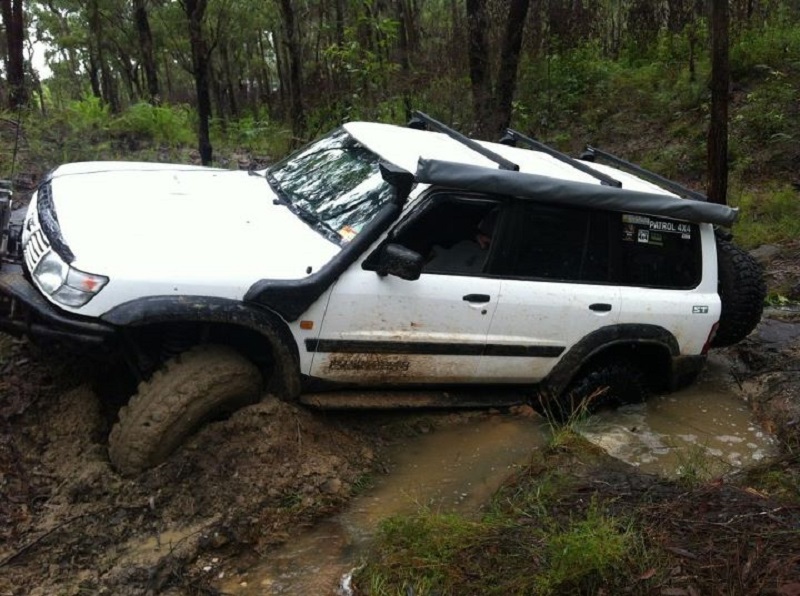 When the going gets tough....

Responsible 4-wheeling is about finesse. Other features and driving techniques assist in the overall safety of your off-road outing, but finesse is the first and most important portion of your driving repertoire to acquire.
[Credit: Arrive Alive]

Part of our effort in boosting tourism to some of South Africa's smaller towns is via this newsletter and our social media platforms. This week we take a closer look at Ladybrand. The pretty town of Ladybrand, sometimes spoken of as a sleepy border town, is surrounded by the undulating hills of the eastern Free State, almost midway between the towns of Hobhouse and Ficksburg; virtually on the edge of the border with Lesotho.

Ladybrand also lies in the Caledon Valley, believed to have been man's stomping ground for tens of thousands of years, where the likes of Rose Cottage Cave, a Middle Paleolithic cave on the Platberg, roughly 3 kilometres east of Ladybrand, dates back more than 50 000 years. 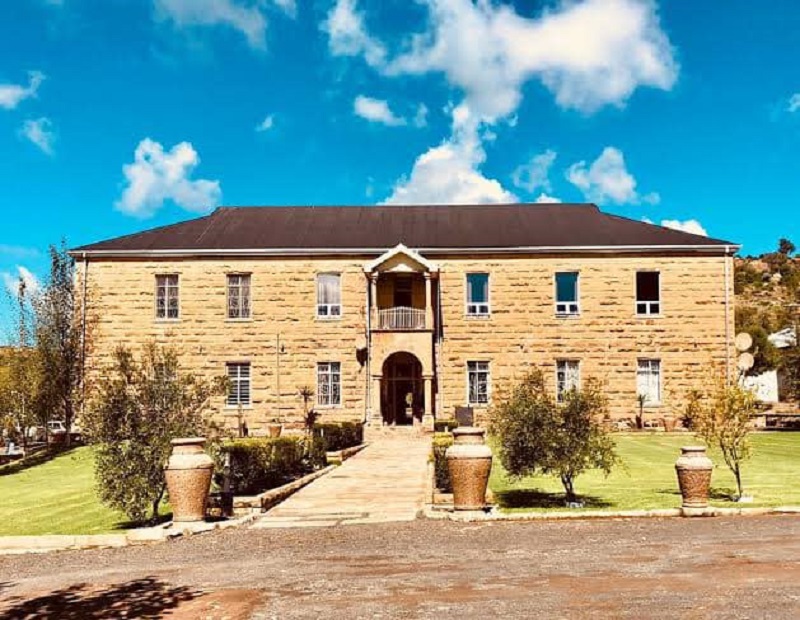 There are many attractive sandstone buildings in the town.

This area is also one of the world's prime rock art regions, where the 'first people' of this country, the San, left thousands of paintings on rock about their lives - an inspiration to artists today. Over 300 sites occur in and around Ladybrand and Tandjiesberg is one of 12 rock art national heritage sites in South Africa.

Ladybrand lies on the Maloti Drakensberg Route, a route that straddles the borders of South Africa and Lesotho including parts of the Eastern Cape, Eastern Free State and the Ukhahlamba Drakensberg. It passes through the towns of Ladybrand, Hobhouse, Wepener, Vanstadensrus and Zastron, and the route features the beautiful Maluti Mountains and a series of mountain passes. It includes highlights such as sleeping in a mud hut, the Basotho Cultural Village, scenery beyond description, the Eye of Zastron and camping at Egmont Dam.

It's located just 18 km from Maseru, the capital of Lesotho. Founded in 1867 following the Basotho Wars, it was named after Lady (Catharina) Brand, the wife of the president of the Orange Free State, Johannes Brand.

The settlement of Ladybrand was created by Voortrekkers to give them control over the territories conquered and captured after the above-mentioned Basotho war. In 1900, during the Second Anglo-Boer War, Ladybrand came under the control of the British. 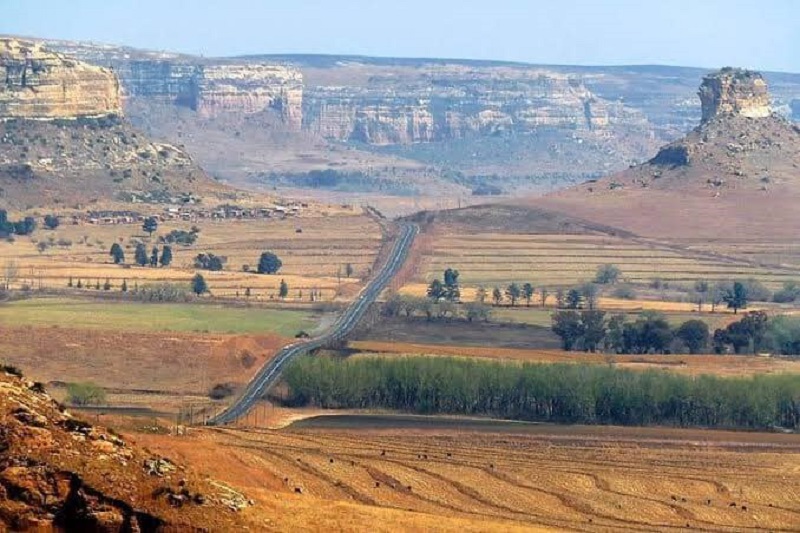 Today, it is a cosmopolitan town serving as a trade and business centre on the border of Lesotho as well as being the administrative centre of Mantsopa District Municipality which include the towns of Tweespruit, Excelsior, Thaba Phatswa, and Hobhouse. Many of the inhabitants commute daily to work in Maseru which is 18 km away.

Ladybrand especially is an economically bustling town with high property prices and sometimes being popularly referred to as the ‘real capital’ of Lesotho.

When visiting Ladybrand, stop for a tasty treat at the whimsical Living Life Station Café. Situated at Ladybrand's old Railway siding, Living Life is an authentic farm style restaurant-café where you can enjoy delicious food prepared with the freshest ingredients, plenty of old-school outdoor entertainment for the kids, and quirky hand-crafted Living Life Products that make the perfect mementos or heartfelt gifts. Alternatively, Little Rock Holiday Resort is open to the public at a small fee and is a lovely spot for picnics and swimming.

Some of the attractions found in this area include the fossilized Dinosaur Footprints, Rose Cottage Cave where early man lived for at least 110,000 years, Iron Age settlements, Battle sites including the Lifaqane wars, British/Basotho wars, Boer/Basotho wars and the South African War/Anglo Boer War, the Cave Church at St. Augustine`s, the Grave of Prophetess Mme Mantsopa and the fountain/spring believed to have healing waters.

This area is also home to historical buildings built from sandstone and many are declared National Monuments. Most of these unique sandstone buildings were designed by the famous Sir Herbert Baker who also designed the union buildings in Pretoria.

Our associate up north, Murray Cubitt, has been hard at work filming passes and we feature one of those today. This is a gravel pass for the purist! With a major altitude gain of 651 vertical meters over 7,2 km, the average gradient is a steep 1:11 - but wait, there's more....... You will be dealing with gradients of 1:6 along certain sections of the pass and if it's raining, prepare yourself for some slippin' n slidin' if you're not in a 4x4. The road traverses the deep valley carved out by the Umkomaas River, which is also known in Zulu as the Mkomazi River.

Silly Questions: "Does pushing the elevator button more than once make it arrive any faster?"