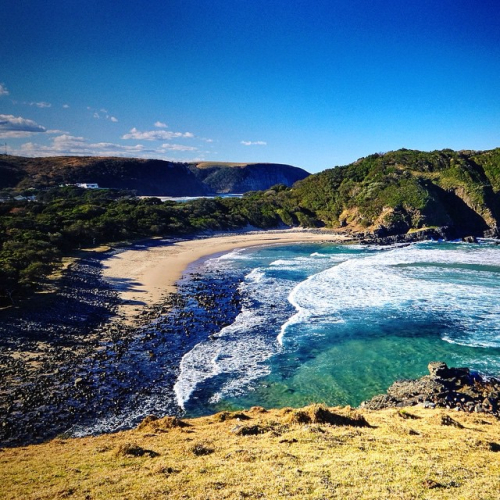 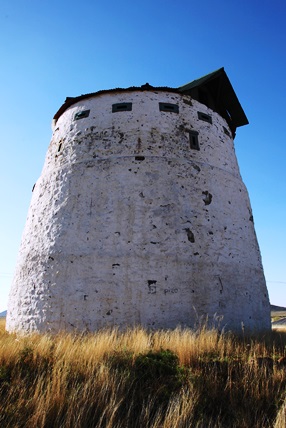 Commercial activity in Noupoort is heavily dependent on railway activity. After a long period of increasingly less demand on the rail network, the town suffered a drastic decline in local business, leading to increasingly dire socio-economic conditions for the local population. Poverty increased concomitantly with the decline in rail activity.

This situation, however, was greatly remedied in 1992 with the establishment of a drug and alcohol rehabilitation centre in the area by Pastor Sophos Nissiotis - the Noupoort Christian Care Center.The center brought much needed relief in terms of job creation and attracting foreign money into the local economy. In addition to this, the center has many social responsibility programs such as Outreach, Feeding Schemes and donation schemes.

While the town's reaction was initially negative to hosting such a rehabilitation program and was received with much suspicion, the controversial NCCC has formed a strong partnership with local government and receives much support and appreciation from the community.

Ertjies Bezuidenhout was born on the 13th of October 1955, in Vanderbijlpark. His nickname had nothing to do with vegetables (“Ertjies” is Afrikaans for “Peas”) or anything else – it was merely an affectionate derivation of his actual first name, Ernst.

When at school at Hoërskool Transvalia, Ertjies dreamed of nothing else but playing rugby, and he was selected for the school’s first team when he was in Std 9 (Grade 11). But he lost his passion for the sport when he was dropped and demoted to fifths after an argument with his coach, and became interested in cycling instead. As a 15-year-old, he won the first three races that he entered for at a local club, using an old DHC bicycle and wearing “takkies”. He stashed the trophies under his bed in the fear that his father, a staunch rugby supporter, would prevent him from continuing his cycling career, but to his amazement his dad calmly suggested that if he wanted to leave rugby to pursue his love of cycling, he must do so. 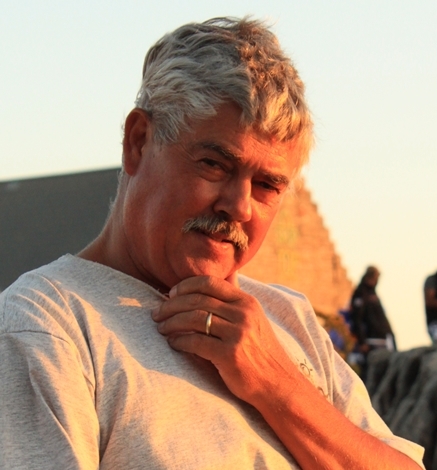 Whilst a student at Potchefstroom University from 1976 to 1978, Ertjies exercised relentlessly to become a Springbok cyclist. From his hostel, he regularly mounted his racing bicycle after classes in the afternoon and took his washing to be done at his parents’ home in Vanderbijlpark, returning that same evening to Potchefstroom. Along this fairly flat route was a steep climb, so he added extra mass to his bike using tools and lead weights to make it more difficult.

So common was the sight of Ertjies pedalling this hill that the locals named it after him – Ertjiesberg. He did much of his power training here, including doing sprints up and down the climb. As part of his regime, he would tow his cousin, Leo Van Vuuren, on another bike behind him over the pass, as many as four times a day.

Ertjies’ prowess as a climber was anything but accidental. Behind the quirky training routine lay a fierce determination that would carry him to the very pinnacle of the sport. Ertjies emerged as a prodigious talent in the late ’70s, creating an elite trio of South African riders that included sprinter Alan van Heerden and all-rounder Robbie McIntosh. Together the three dominated the Rapport Tour in the late ’70s and ’80s, even as international teams made the trip to South Africa to compete in the prestigious two week race.

But Ertjies had picked the wrong time to shine. South Africa was in the middle of an international sports boycott, and there was no legitimate way for him to test his mettle and compete overseas. But he was determined to succeed on the worldwide stage, so he competed under a false name, Ernest Bessenden, telling everyone that he had a Belgium father (the language is similar to Afrikaans) and a Kenyan mother (to explain his tan).

Ertjies returned to South Africa with plenty of individual and team race wins and top-five placings. He also had a new trademark moustache. He won the Rapport Tour in 1984, and the Argus Cycle Tour three times in 1981, 1982 and 1986. His exceptional climbing skills also garnered him the King of the Mountains title several times during the Rapport Tours.

In 1987, Ertjies retired from competitive racing and relocated to East London to take up a job with Mercedes-Benz. He later moved, with his wife Adri and sons Jacques and Pierre, to Pretoria, where he went on to run his own business consultancy.

Ertjies continued to cycle, but for recreational purposes only. After not competing for 22 years, he decided to enter a road race of 103 km in Brakpan on the 26th of February 2012. Tragically, he suffered a massive stroke that evening, and was hospitalised in Pretoria. He could not recover, and sadly passed away on the 29th of February 2012. He was just 56 years old.

His name has become part of cycling history, and he will be forever remembered. There is a mountain pass near Potch named after him - the Ertjiesberg Pass. It can be reviewed on our website. ERTJIESBERG PASS.

This little-known pass is located in a wild and remote area of the Eastern Cape near Barkly East. It forms the northern access route into Heuningneskloof (“Honey Nest Ravine”), a long valley formed by a tributary of the Kraai River. The use of a 4x4 vehicle is strongly recommended, although a high-clearance vehicle could probably traverse the pass, albeit with some difficulty. It lies far off the beaten track, and some accurate navigational skills and common sense will be required to find it. For those that do make the effort, you will be rewarded with exceptional views, the peace and quiet of an unspoilt environment, and some challenging driving.

Take the link below to cyber drive the pass, then make your bucket list decision.

Paraprosdokian: "If I agreed with you, we'd both be wrong"