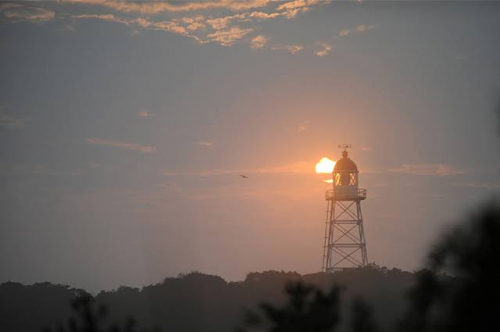 Whilst Gautengers are complaining they've been robbbed of their summer with cool temperatures and a vast amount of rain, those in the Western Cape are experiencing a heatwave of note. I guess it's nothing more than life in Africa. On January 22nd temperatures soared along the West Coast where Hopefield and Vredenburg recorded new record highs. It was slightly cooler in Cape Town at around 40C.

We still have some tickets open for May Wild Coast Tours. Check the itineraries and prices on the link below:

Tired of life in the city? Why not buy yourself some high altitude real estate in the Cape Highlands and become the owner of a ski resort. Isn't that a cool idea?!

Day 6 - Coffee Bay to The Haven

It was time to say farewell to the charms of Coffee Bay and go in search of new adventures. Convoy ready to rumble with radio checks done and heading back towards Hole in the Wall, where we took a right hand fork and then very carefully negotiated our way into a very dense local forest with an unpronounceable name - Mgxotyeni. The forest is a mix of indigenous trees as well as gum plantations. The very rough track we followed is used as a service road for a water pipeline; and then mainly by trucks.

The track is basic at best and consists of rocks (some of them quite sharp as we found out), mud, leaves, branches, lots of shade and many spiders (drive with your window open at your peril!). Derek van Eeden had the misfortune of being the first vehicle to pick up a puncture on Day 2 of the tour and in a cruel twist of fate the dreaded sidewall snake bit his Discovery a second time on this tour. He handled his misfortune with aplomb.

A halt was called (fortunately in the shade of the forest but it was muddy, rocky and the track was very narrow in terms of usable space. At that stage Theo Hammond proved to be the real "staatmaker" in our group in terms of mechanical repairs. With many willing hands, the Land Rover had its spare wheel on and once again Derick faced the dilemma of not having a second spare wheel. 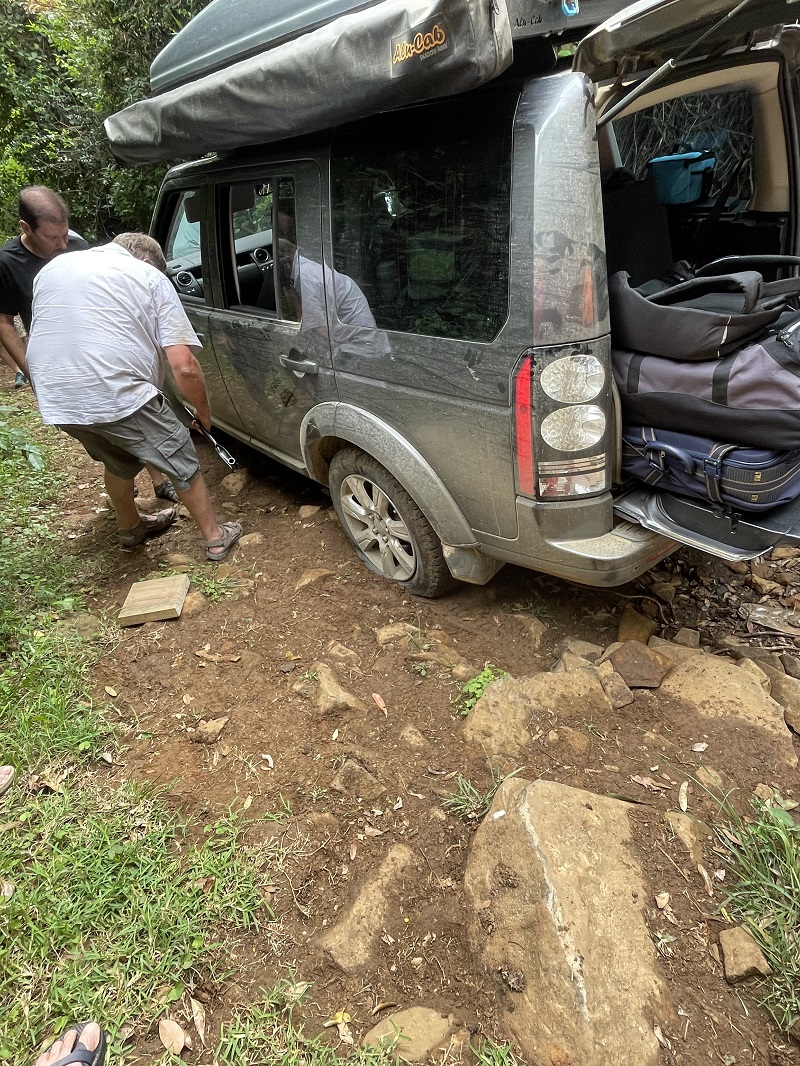 Derick and Theo unravelling the mysteries of how to jack up a 2.5 ton Land Rover

Slow progress was made through the forest with some very slippery slopes having to be rerun several times before we had everyone up. Just when we thought we had the whole team safely through the forest we had a radio call from Sam in his Prado: "I have a flat wheel"

Theo and I returned to the stranded Prado which was in a very awkward spot and again with several willing helpers the wheel was changed. It was another sidewall cut, rendering the tyre irreparable.  This meant we had two vehicles with no spare wheel.

Once out of the forest and reconnected with a major gravel road, we sent Sam and Derick to Mthatha to get their tyres sorted out whilst the rest of the convoy continued with the tour. They would meet us that night at The Haven travelling back on the main roads.

Our route took us over the Mpako and Mncwasa rivers, then northwards along the Xhora River gorge and back down to the coast where we signed in at the Dwesa-Cwebe wildlife reserve in order to reach our overnight venue - The Haven. The hotel is old but very well maintained and their food is next level.

The hotel is well known as the spot where the survivors of the Oceanos were airlifted to.

Sinking of the Oceanos

MTS Oceanos was a French-built and Greek-owned cruise ship that sank in 1991 when it suffered uncontrolled flooding. Her captain and some of the crew were convicted of negligence for fleeing the ship without helping the passengers, who were subsequently rescued thanks to the efforts of the ship's entertainers who helped the Marines land on the ship from naval helicopters. All 571 passengers and crew survived, resulting in international media attention. 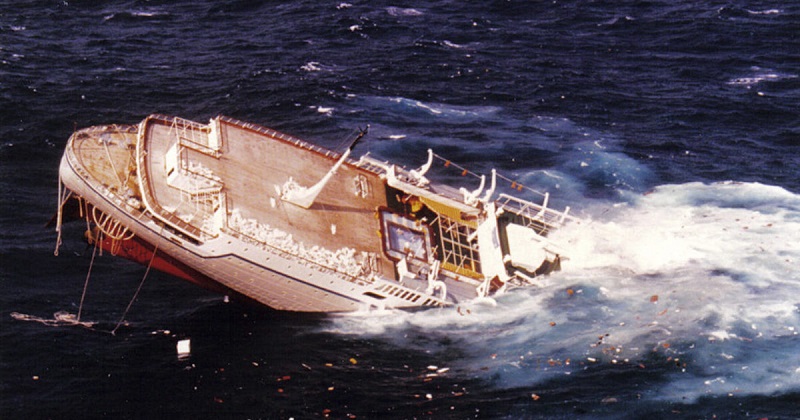 On 3 August 1991, Oceanos – initially delayed by a bomb threat – set out from East London, South Africa and headed for Durban. Captain Yiannis Avranas had been an officer for twenty years and a seaman for thirty.  Oceanos headed into 40-knot winds and 9 m swells. Usually, there would have been a "sail-away" party on deck with the ship's musicians and British entertainers Moss and Tracy Hills. However, rough seas caused the party to be held inside in the Four Seasons lounge; most passengers chose to stay in their cabins.

The storm worsened as the evening progressed and when the first sitting of dinner was served, the waiters could hardly carry the trays of food without dropping something. Eventually Oceanos was rolling about from side to side so badly that crockery and cutlery began sliding off the tables and potted plants fell over.

While trying to make up time lost in the earlier delay, Oceanos encountered rough seas. Earlier repairs to the waste disposal system had not been completed, which meant that a vital ventilation pipe which ran through the watertight aft bulkhead and the non-return valves were not replaced. It is believed that after a series of freak waves slammed against the ship, the pipe's shell plating burst open and began filling the compartment with seawater. At about 9:30p.m., a muffled explosion was heard and Oceanos lost power. The ship started taking on water, rapidly flooding the engine room. By the next morning rescuers found Oceanos adrift just off Coffee Bay, listing badly to its starboard side.

As no alarm or announcement had been given that the ship was in trouble, several passengers went to the bridge to look for the crew, only to find it unmanned. Moss Hills then used the radio phone to broadcast a mayday distress call until a ship answered. Of the sixteen rescue helicopters that came out to the ship, thirteen were South African Air Force (SAAF) Pumas, nine of which hoisted 225 passengers off the deck. They were assisted by the lifeboats of the Dutch cargo ship Nedlloyd Mauritius, which had responded to the distress call.

All 571 people on board were saved. Hills organized the orderly evacuation of passengers by the helicopters and is generally acknowledged as the leading hero of the event. Hills and fellow entertainer Julian Butler directed the efforts of the entertainment staff, which included Hills' wife Tracy and Robin Boltman, to assist the passengers. According to Boltman, "later in the morning, Captain Avranas even contacted me from shore to ask how things were going."

After many officers and crew had abandoned ship, women and children were given priority when loading the lifeboats by cruise director Lorraine Betts. Later, after the ship's list had become so severe that the remaining lifeboats were rendered useless, the remaining passengers had to be airlifted onto SAAF helicopters by means of a safety harness. Betts again insisted that women and children be rescued first.

The following day, at approximately 15:30 UTC+2, Oceanos rolled over onto her starboard side and sank by the bow. The last fifteen minutes of her sinking was captured on video and broadcast by ABC News.

Next week: A real Camel Man adventure through the Cwebe Nature Reserve.

This very steep, high altitude, gravel pass will be remembered a long time after you have travelled it. It is located on a reasonable gravel road between Merweville (40km) to the east and Sutherland (50km) to the west. It climbs 263 meters in altitude over just 2,6 km producing an average gradient of 1:10 with the steepest sections (which are concreted) ramping up to under 1:5.

Paraprosdokians: "He who laughs last has a poor sense of humour"