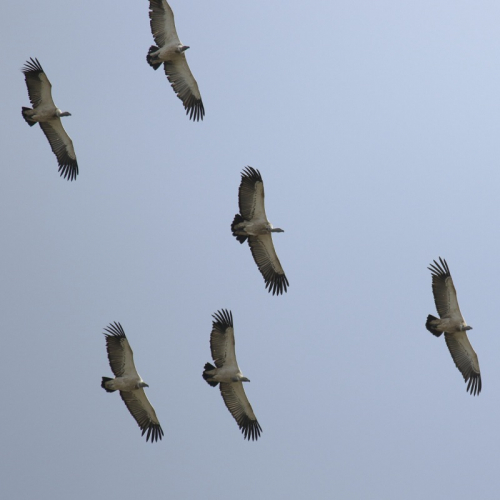 It's something of a relief that Covid-19, which has completely dominated and saturated most media platforms for the last two years, (to the point of irritating absurdity) is finally on the wane - and fast too. In many (civilized) countries around the world, Covid has been officially declared pandemic non-grata - no more masks; no more PCR tests, no more proof of vaccinations. Poof! Just like that. It makes one wonder?

However, the Russian story now dominating the world press is quite scary and suddenly South Africa seems to be one of the safest places in the world. The irony!

We are leaving this morning on our 5th Ben 10 Eco Challenge official tour. Looking at the weather forecast for the area, we are going to be doing some slipping & sliding. The Ben 10 never fails to attract adventurers and this year is no exception with the tour being fully booked. We have amended the routes and have taken advantage of the reopening of the Rhodes Hotel which allows us to spend two nights there, thereby shortening the distances considerably. We will provide a blow by blow account of all the action in the weeks to follow.

We still have two places available on the Wild Coast Tours in May as well as two places on the Swartberg Tour in July. Use the links below to review the itineraries and pricing:

The Ben 10 Story - Evolution of a concept.

2016 - Whilst planning the filming of the big high altitude passes in the Eastern Cape Highlands in 2015, we were approached by one of the partners of Tiffindell, Lew Campbell. He wanted to attract more visitors to the ski resort and invited us to film the rugged two spoor track up to the summit. At that stage it had no name, but the summit peak bore the name of Ben MacDhui - originally named after a peak in the Scottish Highlands. The obvious choice of name had to be the Ben MacDhui Pass.

We formulated an agreement that if the pass was to be indexed into the MPSA database, that the public would be allowed free access to the pass, subject to each guest signing an indemnity form, but no access would be allowed during the prime snow season (June to August) as the track ran across the ski slope. Later Tiffindell bulldozed a separate track that allowed access to the pass without having to cross the ski slope.

We took them up on their offer and soon had documented and filmed what would be the highest motorable pass in South Africa at 3001m ASL. The pass was an instant hit with the public. During our filming sessions of the local passes we noticed how badly the area needed a boost to tourism. Wanting to add value to the locals livelihoods, we came up with the pro-bono idea of creating an eco-challenge of sorts with the following criteria:

What's in a name?

Because there were 10 passes and the highest was Ben MacDhui, the title of Ben 10 Eco Challenge not only fitted perfectly, but we could piggy-back on the already famous cartoon character. It was a match made in heaven. (We only discovered much later after die koeel was klaar deur die kerk)  that it also means a toy-boy! 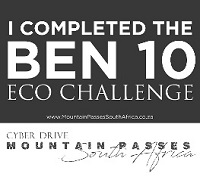 The sticker that is only handed out to bona-fide finishers of the challenge.Tiffindell agreed to erect tourism signs on each of the challenge passes at their cost. MPSA would carry the cost of administering the entries and results. And so began a symbiotic partnership.

We got stuck into the project with enthusiasm and within two weeks launched it via social media as well as on our website. Entries came in thick and fast, with the first person to complete the challenge being Rudi Peters from Gauteng on a BMW 1200GS motorcycle in January 2017. From that point the challenge snowballed and gained momentum. By 2019 it was a widely known event nationally and even internationally, with visitors (especially from Germany and the UK) wanting to experience the true rugged nature on offer in the Eastern Cape mountains.

It wasn't long and the first lady motorcyclist completed the challenge on a Honda XR250 motorcycle. Llesyri Joa hails from the Dominican Republic and laid down the gauntlet to many of the male riders. She was the 3rd person to complete the challenge and the 2nd biker. Many people failed. With an attrition rate of around 40%, it proved that the challenge was certainly tough.

There was a father and daughter combo who rode it on home made bicycles on a budget of R20 a day. There were trail runners and walkers. Soon every type of entry had successfully completed the challenge. Many that had failed returned to give it another shot.

Many bikers fell on the rocky mountain roads. There were injuries and medical evacuations, but to date no fatalities. By December 2020 205 drivers (plus passengers) had completed the challenge. Then Covid arrived.

Suddenly entries ceased entirely as the country's tourism sector went into limp mode. The devastation was clear for all to see. Small guesthouse and hotels were taking financial strain and perhaps the real story came vividly to life in the winters of 2020 and 2021 when Tiffindell had their best snowfalls in decades - but no customers! Had there been no Covid frestrictions, those two good snow seasons would have brought in sufficient income to ensure financial survival. 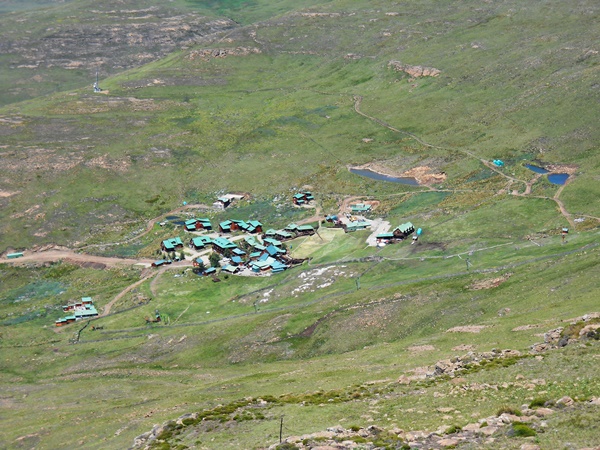 The signs that Tiffindell had erected were low budget, and after a few years of savage storms and gale force winds, most of the signs were damaged beyond repair.

The situation became grave for the owners of the ski resort as financial issues threatened to close them down. By the end of the winter in 2020 they closed shop and with it access to the Ben MacDhui Pass was lost.

MPSA quickly found a substitute pass (Bottelnek Pass) to fill the gap left by Ben MacDhui, but the magical attraction of being able to drive the highest pass in South Africa was sorely missing. We have been working hard at trying to get permission for the public to get access. Unscrupulous folk have cut locks and chains in an effort to gain access. This made things worse in terms of us negotiating with Tiffindell's owners.

At the time of writing this newsletter Tiffindell is up for sale and we are quietly optimistic that the new owners will be amenable to having Ben 10 candidates driving, walking and riding to the top of their mountain once again. It just has to be win-win for all parties.

Should this not happen, we are using local experts to help find us an equally tough pass in the area. Decisions will need to be considered whether to retain the name (and all the goodwill that we have built into it) or cap the challenge and start a completely new one, perhaps dropping off the Barkly Pass (the only tarred pass currently in the challenge) to make it an all gravel affair.

The current passes that make up the Ben 10 Eco Challenge are:

Fitting like a glove into this story, our pass of the week is the Ben MacDhui Pass.  As the pass is currently closed, you can watch all the action via our video series. The Ben MacDhui Pass is the new record holder of the highest altitude summit in South Africa at 3001m. It replaces the previous record holder, the Sani Pass [2876m]. The pass comprises three distinct sections:
1. The access toad to the Tiffindell Ski Resort.
2. The maintenance track for the ski-lift.
3. A two spoor jeep track from the highest ski-lift pylon to the summit point.

This a very technical drive and should not be attempted by inexperienced drivers/riders. There are five videos covering the pass in detail. You can enjoy them all via the link below:

Skurweberg Pass (P43) - This pass should not be confused with the Skurweberg Pass in Mpumalanga. This is a more sedate pass, almost a country road really, that climbs up to the summit and descends down the other side and runs along the east-west axis. At 12.5 km it's on the long side and sports 22 bends, corners and curves of which only two are sharp at 90 degrees. Its mild gradients hide the considerable altitude gain of 341m where the steepest sections measure out at 1:7.

Paraprosdokians: "Money can't buy happiness but it sure makes misery easier to live with"