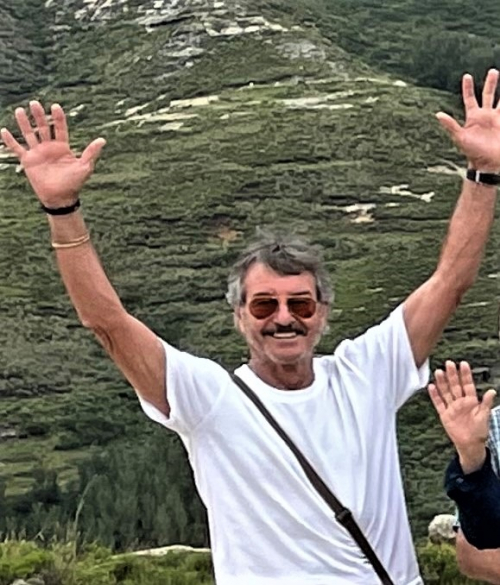 It is with great sadness that we mourn the passing of one of our guests, who had a vehicle accident on the N1 on his way home after the Ben 10 V5 Tour. Peter Pienaar was a passenger with his friend, Bob Selman. For both of them the tour was an off-road adventure of note. They were both funny and full of beans throughout the tour and enjoyed themselves immensely. After the tour, their plan was to drive from Rhodes to Beaufort West for a sleepover, then arrive home in Cape Town the following day. On arrival in Beaufort West they were unable to find accommodation, so they decided to push straight through to Cape Town. Peter sent his wife an SMS to that effect.

They took turns driving and at 01.30 near Touws River, Peter fell asleep behind the wheel. The vehicle left the road and crashed into a donga. Bob (85) was badly injured with broken ribs, sternum and collar bone, internal injuries and injuries to his hands. Peter was shaken but OK. In the pitch darkness he scrambled up the embankment to wave down a passing truck for help. The driver didn't see him and Peter was killed instantly. We extend our condolences to Peter's wife, Joan, and his extended family and friends. May he rest in peace.

Bob was taken to the Medi Clinic in Worcester where he remains at the time of writing. We wish him a speedy recovery.

I invited Peter to drive up front with me in the Land Cruiser during the TTT as there were many gates to open. He gladly took up the offer and I spent a wonderful two and a half hours getting to know Peter. He knew his wife, Joan, for 54 years. Peter shared some funny and personal moments of his life with me. The hurt still lies deep to think that was the last I would ever see of him.

We've had two cancellations for each of the Wild Coast Tours. Bring a friend and come and enjoy a fabulous Wild Coast adventure.

Our 5th Ben 10 Challenge was simply epic. If you wanted adventure, stunning scenery, technical driving and no dust, then this was the tour to be on. We had rain on every day of the tour, which kept the mud factor high and everyone on their toes. It also completely eliminated the dust factor. Six punctures, multiple recoveries, deep water crossings and lots of road building kept everyone busy in a good sort of way.

Every Ben 10 Tour at the first driver's briefing, I tell the guests that they have entered a challenge; that it's going to be tough; that they're going to get irritable; disgruntled and start complaining. And that's always how it is. The Ben 10 is much more than a mountain pass tour. There is a huge amount of pressure on everyone to achieve the goal of completing the 10 challenge passes in the allotted 5 days. The 2022 tour was easily the toughest one we've done to date. It's something of a challenge (in  itself) managing the emotions and expectations of a diversified group of people from many different walks of life, all lumped together for the first time. I wear many hats. Joker, recovery expert, advisor, tutor, sargeant, captain, psychologist, priest, problem solver, mechanic, radio expert, first aid person, navigator, friend and guide. Those hats have to be switched several times per day. 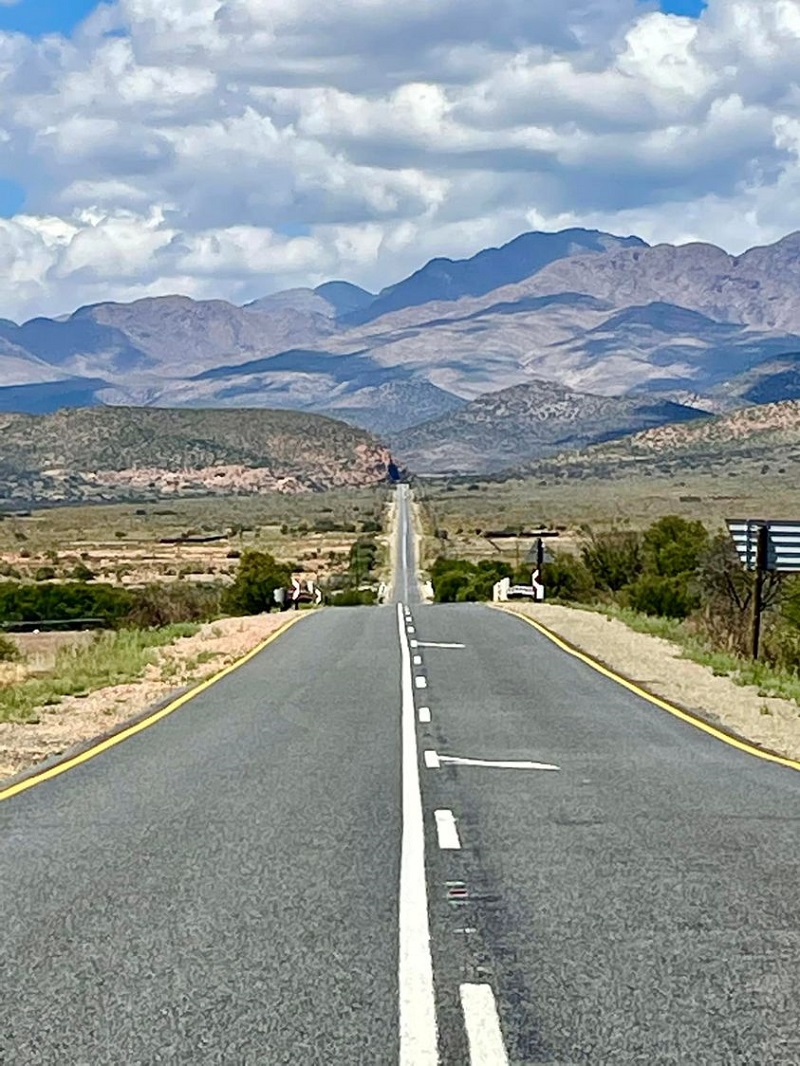 The road between De Rust & Willowmore. One of our favourite tar roads / Photo: MPSA

Our routing to the rendezvous point was via Worcester, Robertson, Montagu, Barrydale, Ladismith, Calitzdorp, Oudtshoorn, De Rust, Willowmore, Aberdeen and an overnight stop at Graaff Reinet. We use this routing for its absence of heavy traffic (and especially trucks). It was good to see the roadworks in and around Ashton being 99% complete. The contract should finally be wrapped up within the next 30 days or so.

Even more impressive is that Cogmanskloof is now also completed with no more stop-go's. The stonework on the embankments is very impressive and we are also happy to report that the old tunnel has been left untouched. The next big flood should be an interesting event to see how the new works will cope. We think it's a first class job. Well done to the new contractors (Haw & Inglis) who had to take all the public flak that resulted in the previous contractor going insolvent and the resultant long delays for the long suffering townsfolk of Ashton. 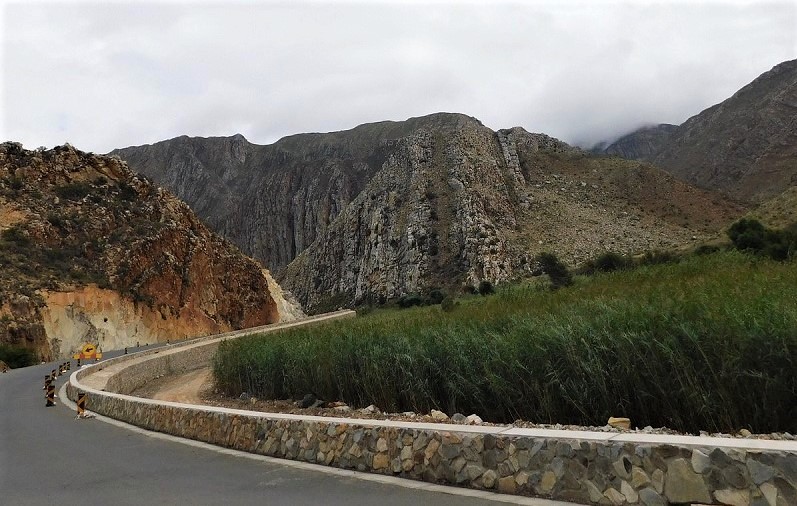 The reconstruction of Cogmanskloof is almost complete / Photo: Trip Advisor

Of further interest is an email received today from one of our subscribers, who just so happens to be a civil engineer working on alterations to the Huguenot Tunnel. Information received indicates that a new tunnel will be opened next to the existing one to allow for one way traffic in each tunnel. This will mean new approach bridges on the NE side to the tunnel. These works are expected to take about 3 years.

The Western Cape is looking great with full dams everywhere and a level of greenery long last seen so late towards the end of the summer season.

One of our favourite roads is between De Rust and Willowmore. This excellent tarred road is almost always quiet and to add the mix, the road surface is excellent. The scenery is also very good as the road follows the last foothills of the Swartberg range. A sign marked "Toorwater" beckons the traveller to visit the eastern most poort of the Swartberg range, were a scenic railway line follows the poort. Unfortunately there is no road there, so if you want to pay a visit, you will need to board Shank's Pony. 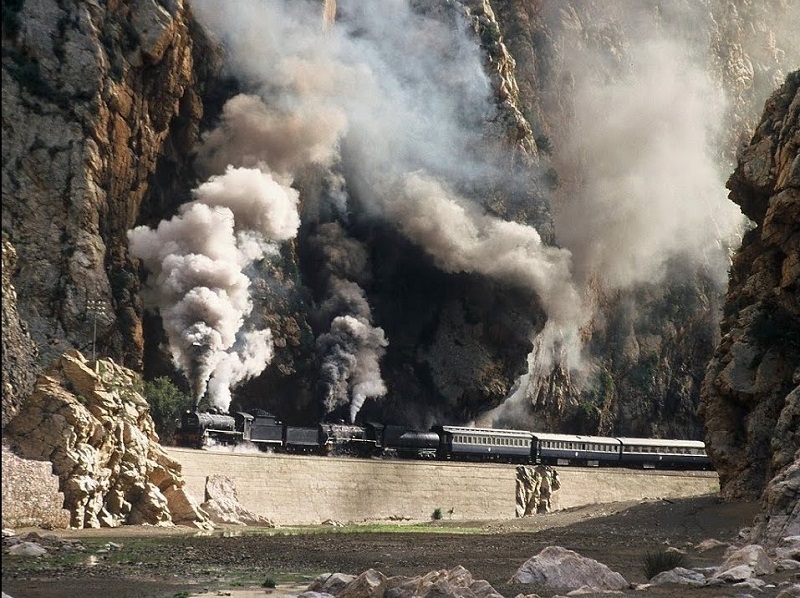 Even between Willowmore and Graaff Reinet, the plains are exceptionally green after a summer of excellent rainfall. We passed the Beervlei Dam and savoured the sight of seeing it with a large volume of water. The only bit of excitement on this 200 km long stretch of mainly arrow straight tarmac was driving into large swarms of locusts. Very soon the windscreen looked like a horror scene from "The Shining" with half alive locusts jammed in between the braces of the wiper blades. We stopped and pulled hundreds of them out of our radiator and engine bay. The mess on the windscreen could not be cleaned by the washer/wiper system and required manual effort. Messy! It was much the same six months ago when we travelled up to Matatiele for the Wild Coast Tour. The rains bring the locusts. 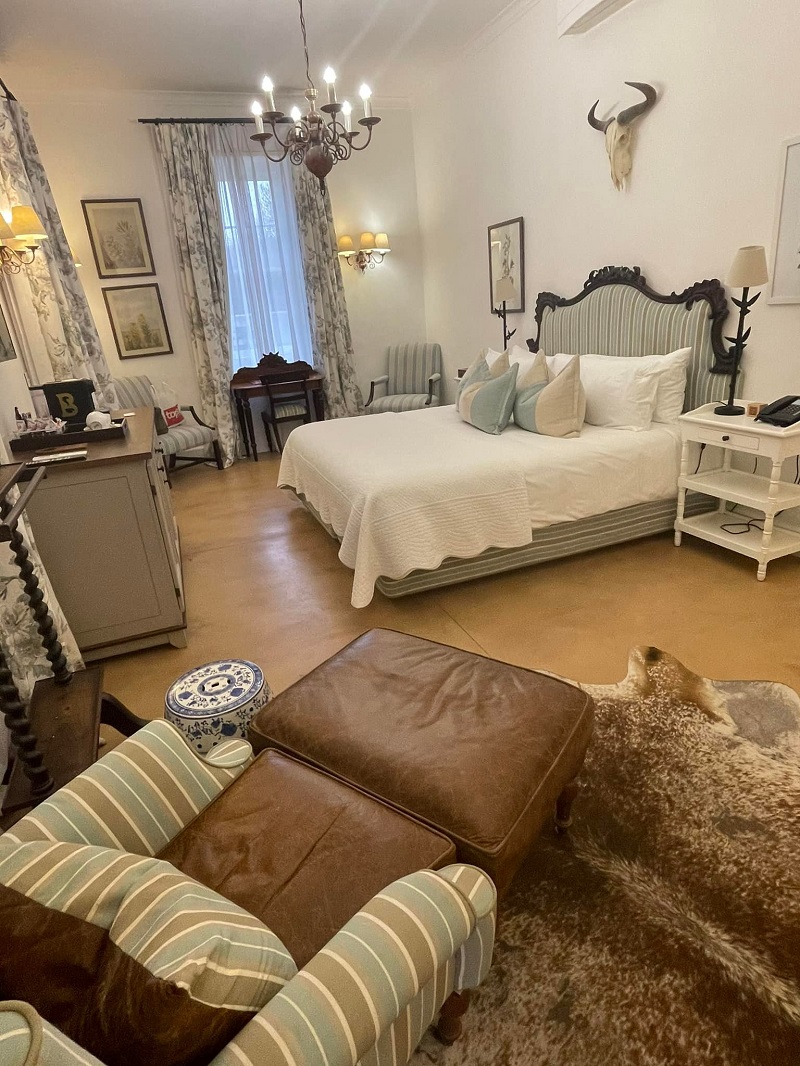 After a good night's rest at the lovely Drostdy Hotel, we left for Barkly East the next morning and decided to route via Middelburg, Steynsburg and Aliwal North as it's supposed to the faster route (but not as attractive as the southern option via Cradock, Tarkastad, Queenstown (Komani), Lady Frere (Cacadu), Cala and Elliot (Khowa). What we were unaware of, was the large number of stop-go's between Middelburg and Barkly East.  I am guessing there were at least 25 of them. They hammered our 'Time to Go' figures by more than an hour and it dawned on me that we would have to deal with some of them on our tour as well. The good news is that the roads are finally being refurbished - and long overdue too.

The Mountain Shadows Hotel at the top of the Barkly Pass was our rendezvous point. Ria and her team of loyal staff were waiting for us with open arms and big smiles. We had booked the first four nights of the tour at this lovely venue, where the food is always wholesome and a good selection of wine from the comfortable bar (with a welcoming fire each evening) and sweeping views over the mountains. But mostly it's the friendly, personal service that makes this venue so good - and the reason why we keep returning. The Jewish people have a saying: "Business goes and remains where it's made to feel welcome"

One of the fine views from Mountain Shadows Hotel / Photo: Photix

Radios were fitted, introductions made and by 1800 we had the entire squad in the conference room for the opening address of what would turn out to be a very memorable tour. The weather forecast at that stage showed consistent rain for all 5 days of the tour, with the lowest figure in mm. forecast for the first day of the tour. Based on that we thought it prudent to deal with the notoriously difficult Bastervoetpad Pass the next day. There were some furrowed brows around the conference room.

Indemnity forms were signed, route notes and folders handed out and then it was dinner time. Many of the guests had travelled far and were keen to have an early night as the next day would require high levels of concentration. There was a palpable sense of anticipation amongst our guests, disguised by ribald laughter flushed with some good Cape wine. Bastervoetpad was nothing to laugh about. But we'll tell you that story next week.

We chat about Day 1 of the Ben 10 Eco Challenge V5 Tour - Conquering Bastervoetpad - A baptism of fire (and mud).

This pass almost slips by unnoticed, but it lays claim to some rather interesting statistics. In its original Afrikaans format it makes up the longest pass name in South Africa with 24 letters! It also forms the western approach of the Op de Tradouw Pass (not to be confused with the more famous Tradouw Pass). The gradients are long and steep and guaranteed to see a few gear changes. There's another surprise in a hidden waterfall which can be seen from the upper viewsite, if you know where to look. Tall mountains flank either side of the pass punctuated with serene farms and fruit orchards. Check it out on the link below.

Tail piece: "You're never too old to learn something stupid"