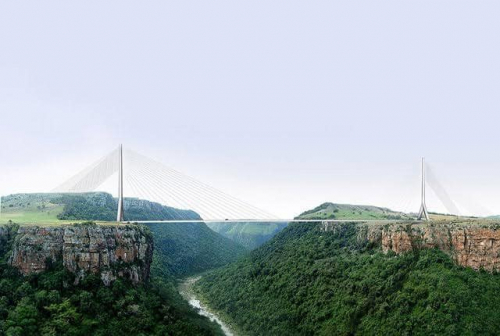 * Rivers of Joy and Sorrow

It's been a busy week at the MPSA offices in preparation for our longest tour to date amounting to a total of 21 days. Bookings for the Wild Coast V4 Pondoland have closed (fully booked), but we still have a few places open on the Wild Coast V5 Mbashe Tour. Bookings close this Saturday at 18.00. Our next Wild Coast Tour will only be in 2023 so if you're keen, don't miss out on this opportunity.

Amongst the highlights of this tour are Mapuzi, Hole in the Wall, Coffee Bay, 4x4 tracks through beautiful forests, Mdumbi Beach, kayaking on the Mthatha River, lunch at White Clay, lots of unchartered passes, a 2 day stay at the The Haven, The Dwesa-Cwebe Nature Reserve, dolphin watching at Kob Inn, Collywobbles Vulture Colony, take the pont over the Kei River and finish at the awesome Morgan Bay Hotel. Enjoy the oysters, fresh fish and calamari. Savour the friendliness of the local Xhosa people. Chill on the beach. Read a book. Make new friends. Tour in the safety of a group under expert guidance. Have FUN!

This morning we have received news that we have been granted permission to take our guests to see the construction site of the Msikaba Gorge Bridge. This will form part of the many points of interest on the Wild Coast V4 Tour.

The cable-stayed bridge is being built by a joint venture of Concor Infrastructure and Mota Engil Construction. The bridge over the Msikaba Gorge near Lusikisiki in the Eastern Cape forms part of the N2 Wild Coast project being undertaken by the South African National Roads Agency Limited (Sanral). It will have a main span of 580m supported from a pair of 127m-tall pylons.

The deck will be 194m metres above the valley floor, making it the third highest bridge in Africa, eclipsed only by the existing Bloukrans Bridge with a height of 216m and the Mtentu Bridge which, when completed, will be 223m high. Approach roads and the pylon foundations and anchor blocks for the Msikaba Bridge are under construction.

The remoteness of the project as well as the logistics of travelling from the northern side to the southern side - a three-hour drive – means that a cable way is being installed as part of the temporary works. The cable car system will be used to transport people and small amounts of material from one side to the other. This will be the longest cable stayed bridge in Africa once completed in 2024.

It is estimated that 28 000 cubic metres of concrete, 2 700 tons of structural steel and 2 500 tons of cables will be needed during construction. The balance of works contained in the contract which includes construction of 1,5 km of approach roadworks on either side of the bridge. Expressed in quantities, this will include 650,000 m³ of bulk earthworks of which 430,000 m³ is hard rock, a conventional three span bridge and four in-situ concrete culverts crossing some of the tributaries. 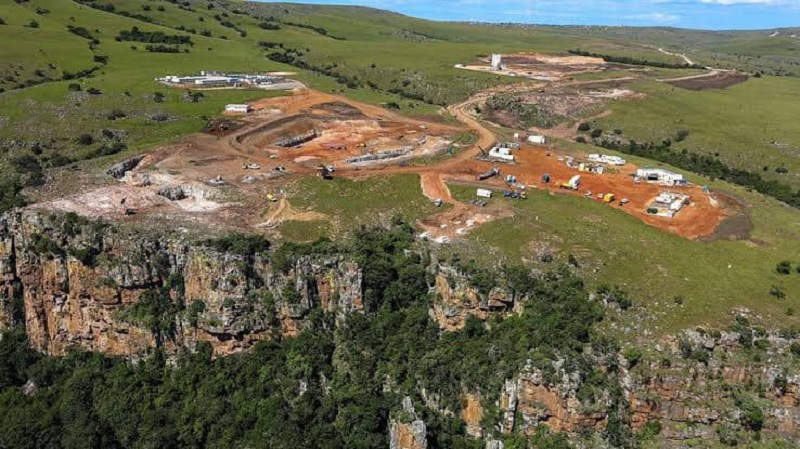 Construction on the northern side of the gorge

Tourism in South Africa accounts for nearly 3% of our real gross domestic product (GDP), which equates to around R140 billion per year. Additionally, direct employment from this sector accounts for 4.2% of total employment in South Africa, creating a few hundred thousand jobs. While many factors can increase tourism, the building of mega structures is one factor that can have a significant impact on it.

Mega bridges or mega structures, by definition, cost millions to construct and require megascale engineering to complete. Following this definition, the Msikaba Bridge and the Mtentu Bridge, which are part of the government’s plan to support economic development and boost service delivery in the country’s poorest provinces, will be nothing short of spectacular and will compete with the likes of the Bloukrans, Groot River and Van Stadens Bridges.

These two bridges are set to make the Wild Coast more accessible, boost local tourism and create more employment opportunities within and around this region and are expected to take 3-4 years to complete. After a two year setback due to Covid, construction has recently begun again. The original completion date was 2022 and is now scheduled for 2024.

Have you ever wondered how the village got that name?

The town itself arose around the Dutch Reformed congregation on the farm Langefontein and was called Darling after Sir Charles Henry Darling, who arrived at the Cape in 1851 as Lieutenant Governor.

Located to the west of Malmesbury and within easy reach of Cape Town, the town has become a popular tourism destination offering restaurants and wine tasting with the Groote Post winery being one of the main attractions.

The town also boasts an excellent museum which is well worth a visit, but perhaps the biggest single attraction is Tannie Evita Bezuidenhout (aka Pieter Dirk Uys) having made this town his home. The theatre at the old railway station is a must visit to absorb satire at its finest. 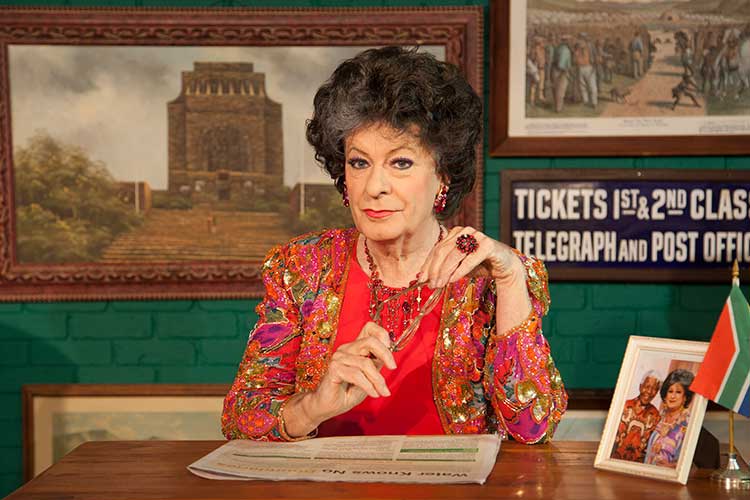 During springtime when the West Coast bursts into its floral grandeur, you can visit the Tienie Versfeld Wildflower Reserve, which is close to the village. Oh, and there are no mountain passes in the immediate vicinity so you can get there in any car.

Darling Breweries were amongst the first to produce craft beer on a large scale in South Africa; and who can ever forget their early beer called "Bone Crusher"

As the MPSA project has now reached the final stages of maturity, finding exciting new passes has become increasingly difficult, yet they keep popping up through our vast network of contacts and connections.

Through the efforts of Kuba Miszewski we were granted permission to film this fabulous pass and index it on our website. Only a very small number of people are allowed access to the pass - those being Cape Nature officials, landowners, Mountain Club of SA, Mountain Rescue,  and of course Telkom technicians, who service the towers. But now you can too, by watching the video. 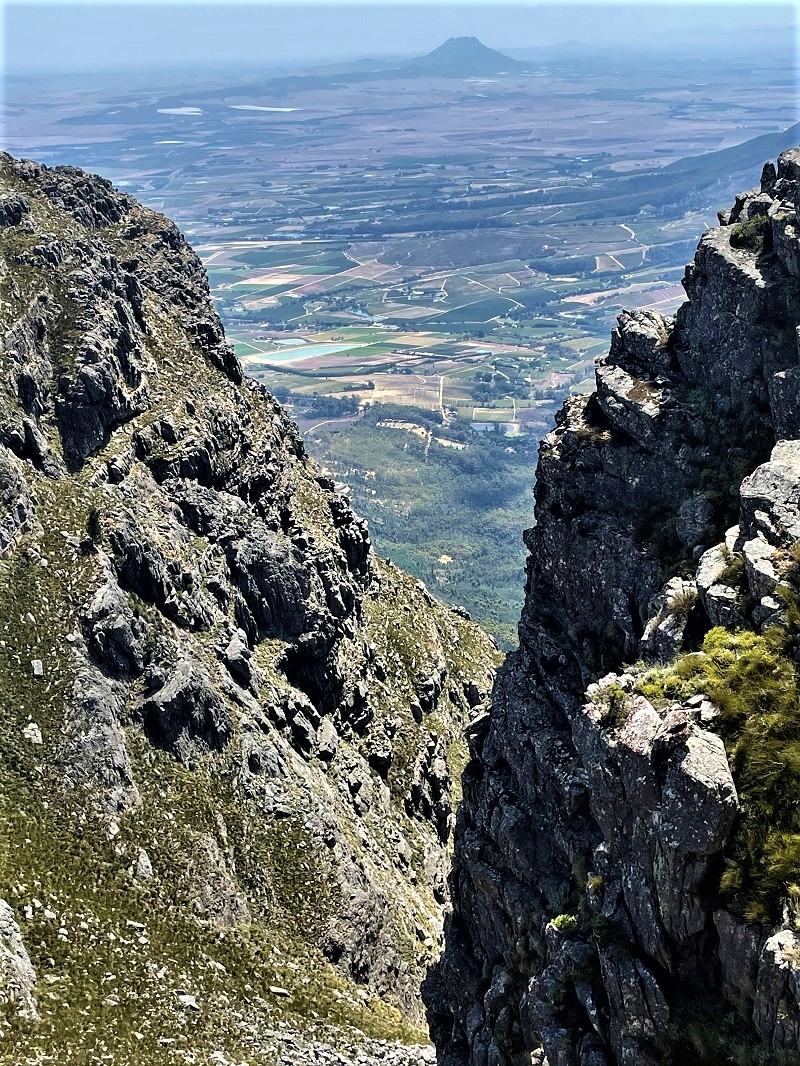 One of the magical summit views with Kasteelberg in the distance / Photo: MPSA

We had very good weather on the day we filmed it and we brought back hours of footage. Many weeks of editing followed as we reduced the footage down to a 10 minute video, which you can watch under our "PASS OF THE WEEK" link at the bottom of this page.

We were so impressed with the scenery and surroundings that we are working on a weekend tour which will include this pass, a drive through the service tunnel (Huguenot), some forest tracks in the Hawequa Mountains, a traverse of Bain's Kloof Pass and an overnight stay on a wine farm in the Wellington area including dinner and breakfast.

If you're interested in this 2 day/1 night tour, which we are scheduling for October, pop us an email and we will notify you (on a first come, first served) basis before opening bookings to the general public.  This email address is being protected from spambots. You need JavaScript enabled to view it.

Scheduled for early September, this brand new 5 day tour is a wonderful mix of gravel and tar passes, with a couple of nice technical sections thrown in to add some adrenaline. All our tours are 'self-drive' and include accommodation in quality lodges and hotels, ensuring a carefree and comfortable break. It will be open to 4x2 and 4x4 vehicles with reasonable ground clearance. 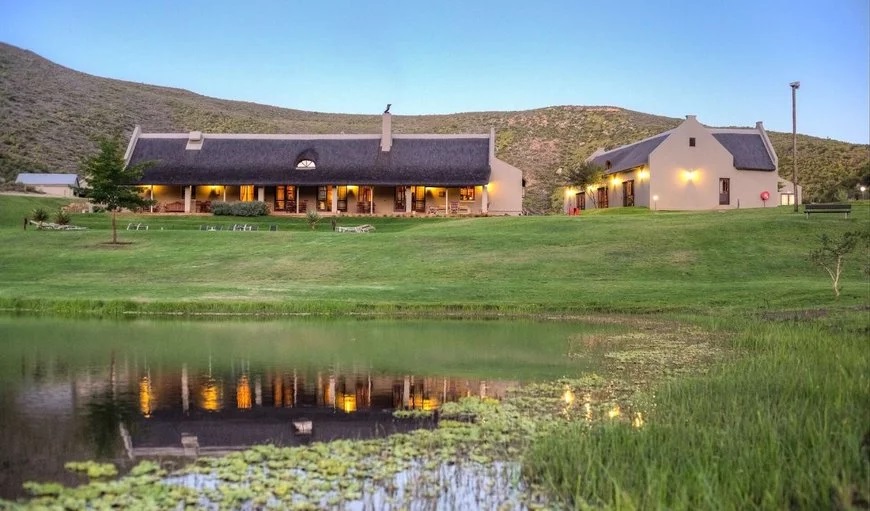 Day 1: This tour will start at the Rooiberg Lodge, then head south over the Jan Muller Pass before tackling the lovely Cloete's Pass. From Herbertsdale we head through beautiful countryside to Haelkraal, where we stop for lunch at the 8 Bells Inn at the foot of the Robinson Pass. Up the pass we go to Oudtshoorn (via an interesting string of back roads) and descend to George via the Outeniqua Pass to our overnight venue in Wilderness. 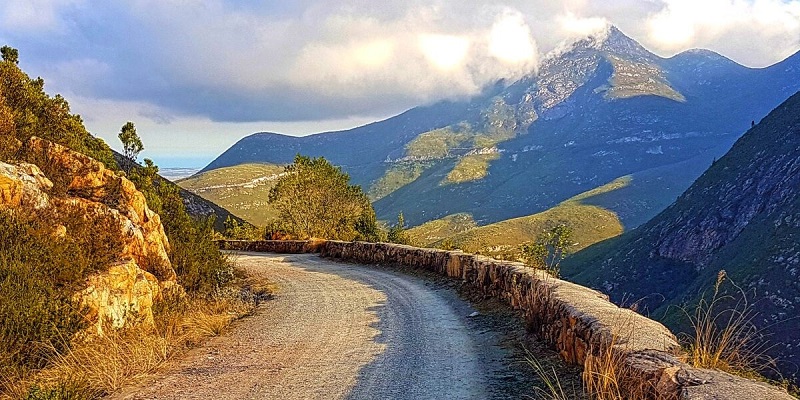 Day 2: Passes include White's Road, followed by a visit to Map of Africa viewsite, Silver River Pass and Kaaimansgat Pass. We then drive the magnificent Montagu Pass to Heroldt and turn east along the N9 briefly before turning south at the Louvain farm, where we commence the Old Voortrekker Pass (a long, slow, but beautifully quiet and scenic route) descending to Bergplaas Forestry Station on the 7 Passes Road and back to Wilderness via Hoekwil. The scenery on this day is outstanding and one you will remember for a long time.

Knysna Heads - an essential part of any Garden Route Tour

Day 3: Seven Passes Road  - Touw River Pass, Hoogekraal Pass, Karatara Pass and Homtini Pass, with a stop at the old Millwood Gold Mine, then down Phantom Pass to The Heads in Knysna for a lunch. Overnight in Knysna at a lovely destination close to the lagoon. 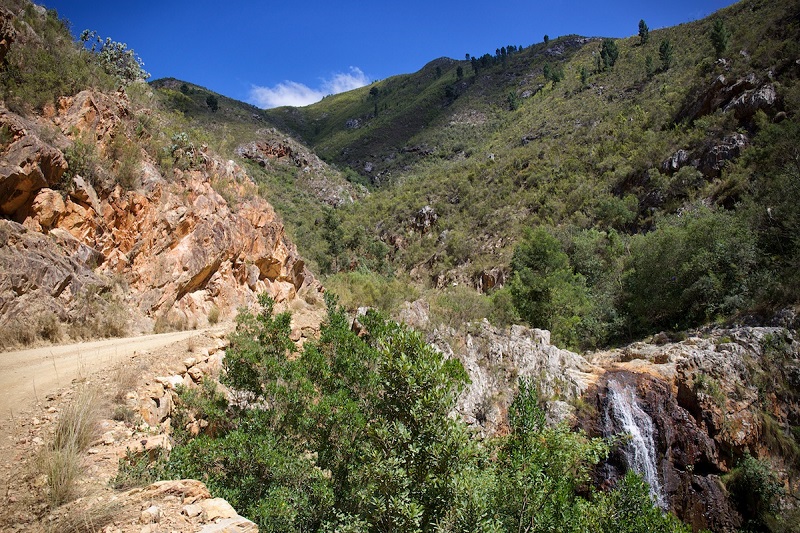 Day 4: Simola Hill Climb, Gouna Pass, Kom se Pad, Prince Alfred's Pass, Avontuur, De Vlugt, Paardeberg Pass to Plett. This is a day of gravel passes, brilliant scenery, 10,000 bends and lots of indigenous forests. We will take you to the places that inspired Dalene Mathee's "Kringe in die Bos" as well as to the summit of Spitskop with its 360 views and of course a drink at Angies G-Spot is mandatory. Overnight in Keurboomsrivier. 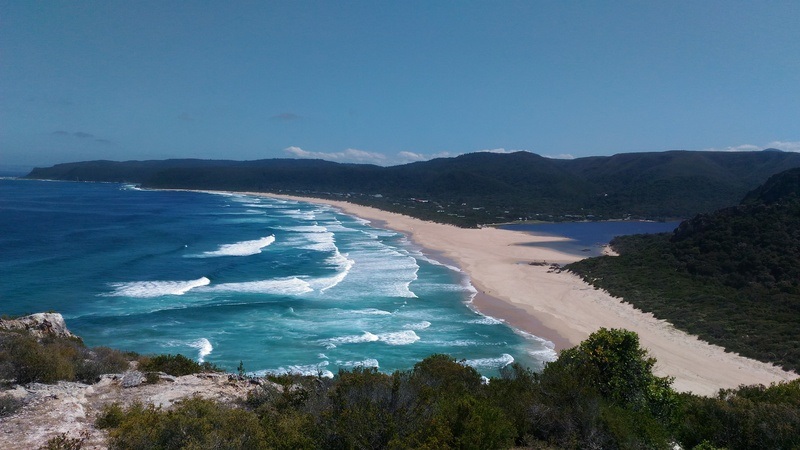 Nature's Valley - an oasis of tranquillity

Day 5: Grootrivier Pass, Kurland, World of Birds, Nature's Valley (beach walk), Bloukrans Pass (the original one), Storms River Bridge, Tsitsikamma National Park where you can walk the suspension bridges, hire a canoe or just chill and soak up the majestical and rugged scenery. 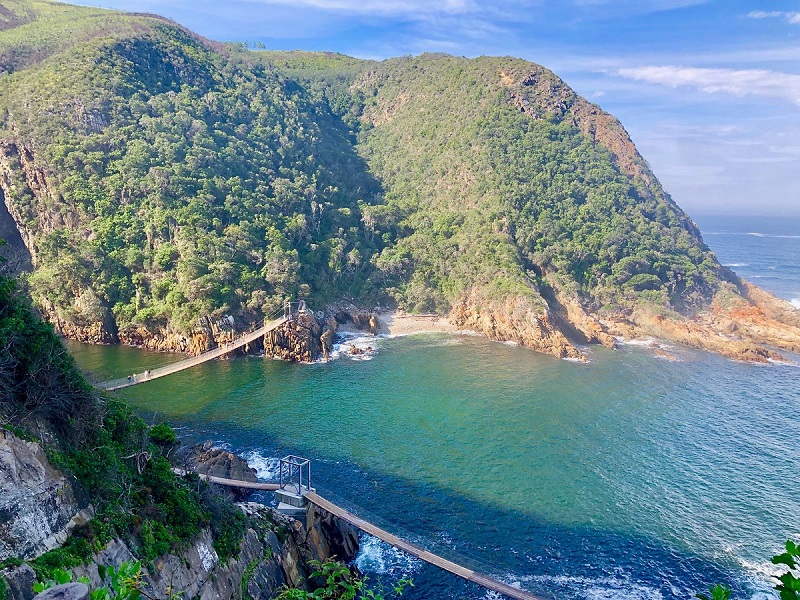 The tour will end at Storms River National Park

If you're interested in this tour, which we are scheduling for October, pop us an email and we will notify you (on a first come, first served) basis before opening bookings to the general public. This email address is being protected from spambots. You need JavaScript enabled to view it.

We chat about about two interstng villages Darling and Greyton and all they have to offer both historically and from a tourism perspective. We also cover the fascinating history behind Mpumalanga's Casper's Nek Pass, which was named after Paul Kruger;s father - Casper Kruger.

This interesting pass was built by the military in the 1980's and provides a safe all-weather pass for technicians to service the microwave and other towers at the summit point, where seven distinct peaks are known as the Seven Sisters. The quality of the road, although narrow, is very good with cuttings, good drainage and camber included in the construction. The views are spectacular for want of a better superlative and as there is to all intents and purposes no traffic, the area is wild and remote, despite its proximity to nearby Wellington and Paarl.

Tailpiece: "When one door opens and another closes, you're probably in prison"