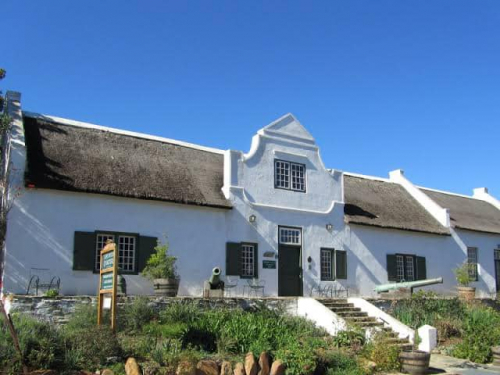 One of the perfectly restored old buildings in Tulbagh - Photo: Tulbagh Tourism

This week in our series on the oldest towns in South Africa, we have a look at the town of Tulbagh. It's the 7th oldest town in SA est. 1795. The valley was discovered in 1658 by Pieter Potter, a surveyor who worked for Jan van Riebeeck. In 1699 14 farmers settled in the valley, and the town started developing around 1743. Tulbagh was the last stop for the Boers who took part in the Groot Trek before heading into the unknown interior of the country. The town was named after the former Dutch Governor, Ryk Tulbagh. In the 1860’s, the town grew exponentially and saw the extension of a railway and several roads were built.

Travel back in time over 300 years...  Charming Church Street boasts the largest number of Cape Dutch, Edwardian and Victorian provincial heritage sites in one street in South Africa, all lovingly restored post the devastating earthquake of 1969.

Before road engineers conquered the forbidding mountains at Paarl and Wellington, Tulbagh was in fact the trekker's last stop en route from the Cape of Good Hope before entering the country's wild and untamed interior to the north.

In the heady days following the discovery of diamonds at Kimberley in the 1860s, Tulbagh enjoyed a flowering of prosperity. Yet after the construction of Michel's Pass, and the advent of the railway effectively bypassing the town, it subsided into a rural backwater – which paradoxically preserved its historic character. While causing much structural damage, the earthquake of 1969 resulted in a national fundraising effort and a very successful restoration project.

Boasting no less than five museums detailing its rich history, Tulbagh is also an attraction for those who wish to trace their ancestry buried in the graveyard of De Oudekerk (museum church) - which is in the original form that it was first built. 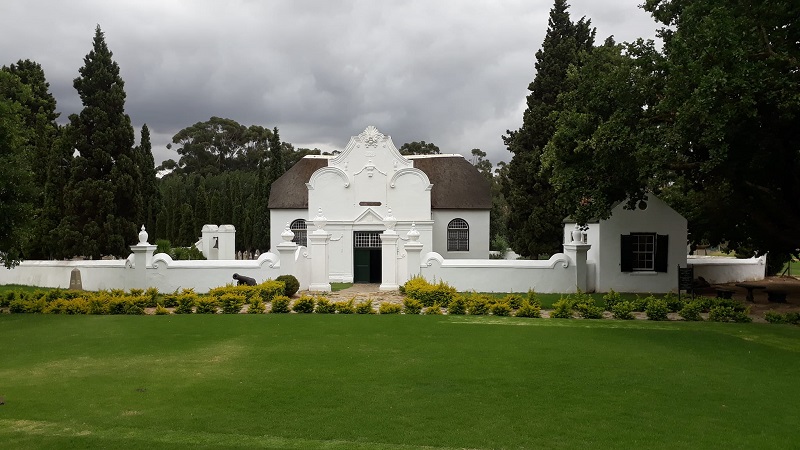 The Dutch were a seafaring nation. They built timber ships to sail the seas to trade with faraway places like Japan and other countries in Asia. A company was founded in 1602 to trade with countries in the East. This was the Dutch East India Company, also known as the VOC. Travelling to far off places took many months (8 – 10 months). They had to stop over half-way to take in fresh food supplies and to allow for sailors rest and recuperate after the long ordeal at sea. They decided to establish the Cape of Good Hope as a half-way station. Jan van Riebeeck was sent to the Cape in 1652 to settle the outpost.

In 1658 Pieter Potter, van Riebeeck’s surveyor looking for better farmland came across a stretch of land near the Obiqua Mountains which he described as “a barren landscape” and named it Roodezand (red sand). The Khoi tribe living in the areas was known as the Obiqua (people of Obi).

In 1699 governor Willem Adriaan van der Stel also visited the area and described it as “the most beautiful landscape”. He named the valley Het land van Waveren in honour of his in-laws, the Waveren family, in the Netherlands.

A new cruciform church was built and completed in 1748, as the church at Paarl was too far away for them to attend regularly. To pay for the building of the church, plots were sold along a street leading from the church to the manse where the minister lived. People built houses along this street to stay over when they came to church. Rev MC Vos named the street Church Street in 1795. 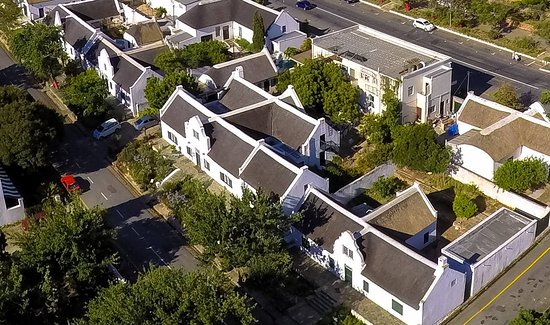 A captivating town of history and culture / Photo: Trip Advisor

The town eventually developed eastward and a new street, named Achterstraat (now Van der Stel Street) was formed.
Commissioner Jacob de Mist changed the name of the town in 1804 to Tulbagh in memory of Rijk Tulbagh, a very popular governor at the Cape.

Tulbagh then became the seat of the new district that was created. In 1806 a drostdy building (the court of law and residence of the Landdrost) was erected just outside of town. This building was designed by Louis Michel Thibault, a famous Cape architect and still exists as a private museum.

In 1861 Tulbagh became a municipality. Tulbagh is now one of the towns within the Witzenberg Municipality.

The hospitality industry has grown considerably with a number of good restaurants and other eating places and guesthouses. There are several other businesses, a number of schools, and many well-known wine estates etc. which provide employment to the people.

Montpellier was established in 1714 by Jean Imbert and Jacques Theron, Huguenot refugees who reached Table Bay in 1688. Prior to fleeing to Tulbagh, both men resided in the south of France, close to the historic city of Montpellier. When the governor of the Cape, Maurits Pasques de Chavonnes, granted Jean Imbert the land in 1714, he aptly named the farm Montpellier. Jacques Theron was granted the neighbouring farm, Le Rhône. 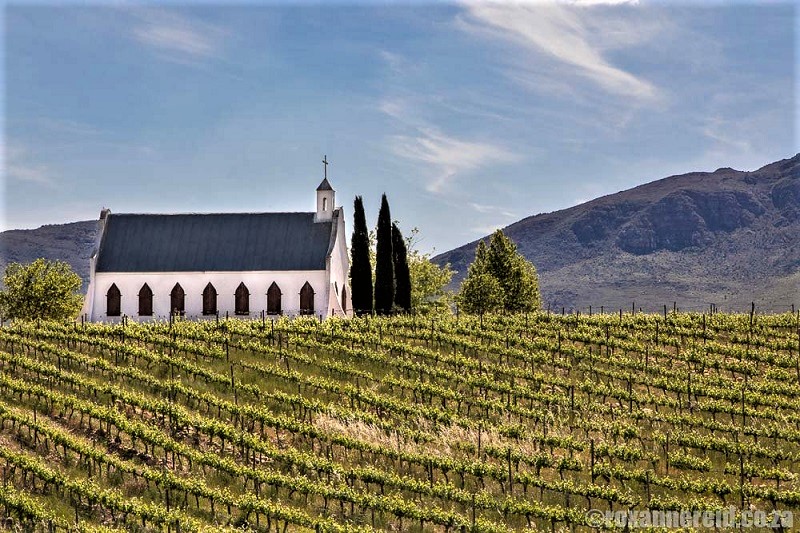 After the death of Jean Imbert in 1723, Montpellier changed hands several times, but was eventually acquired by descendants of Jacques Theron in the 1880s. The farm stayed in the Theron family for the next 100 years. In the early years, Montpellier was used exclusively for grazing cattle. The first vineyard was planted soon after the original homestead was built (c. 1815 – c. 1820), but was intended for mostly private use. It was only in the late 1890s when the first commercial vineyards were planted.

In 1884, Hendrik Theron took over the farm and began planting in earnest. The first cultivars consisted mostly of Sémillon, Riesling, French grape and Cinsaut.

In 1945 De Wet Theron inherited the farm and took over the management with a vision of creating high-quality wines. With a singular focus on white wine production, he ripped out the Cinsaut and replaced it with Clairette Blanche, Colombard, Riesling and Chenin Blanc.

On 2 December 1967, 1000 bottles of Riesling were hand-bottled, corked and laid down for maturation for four years in order to establish the maturation potential. The 1971 Riesling, matured for 18 months, was sold and became the first wine to receive a Gold Superior classification.

Later, De Wet Theron added another three cultivars: A Gewürztraminer (bottled in 1971, it also received a Gold Superior classification), Rhine Riesling and Chenin Blanc. A handful of those vintages are still alive and healthy. They have since turned into a honey coloured liquid gold.

At about 10:04pm on 29 September 1969, the Boland farming towns of Tulbagh, Wolseley and Ceres experienced the most destructive earthquake in South African history. The epicentre of the earthquake was situated in Saron, a region near Tulbagh. The earthquake measured a sizable 6.3 on the Richter’s scale, with reports of tremors experienced in the broader Cape region. 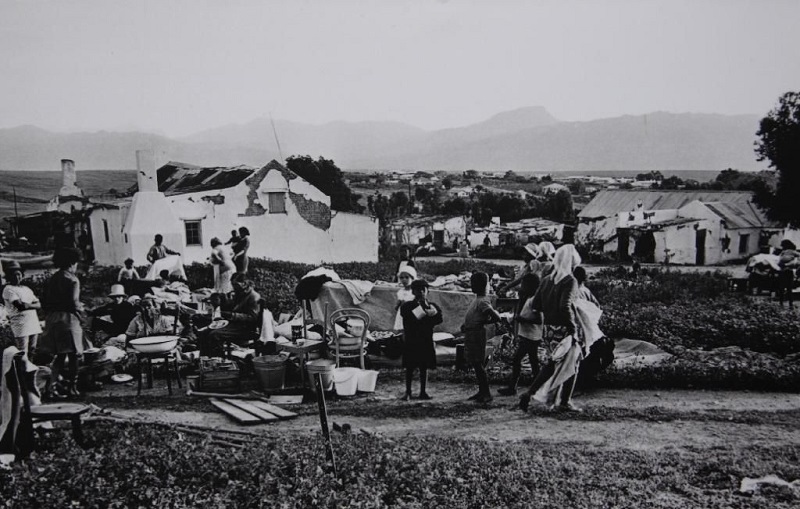 Devastation after the 1969 earthquake / Tulbagh Museum

Earthquakes in the area were relatively unheard of before then. Because of a general lack of knowledge about earthquakes at the time, precautionary measures and disaster management were not in place. As a result the Tulbagh earthquake resulted in nine human casualties and several injuries. In addition many homes in the town were rendered uninhabitable.

The earthquake wreaked destruction on the older, more historically significant, buildings in the area. One of the greatest casualties in terms of heritage was the La Rhone farm house, built in 1785, which was unfortunately damaged beyond repair. Restoration programmes were immediately orchestrated to help facilitate rebuilding of the towns. Restoration programmes were specifically successful in Church Street, Tulbagh, a street where the oldest buildings in town can be found. Numerous organisations set up disaster funds, as all South Africans sympathised with the residents of Tulbagh, Ceres and Wolseley.

Slotting in perfectly with our feature on Tulbagh this week, is our page on Michells Pass, which was also destroyed in the earthquake of 1969. The rebuilding of the road resulted in a fine mountain pass constructed to modern geometric standards. The original pass built by Andrew Bain, still has a few sections which can be seen at one of the rest stops on the pass.

English 101: There are no such words in the English language as wanna, gonna and y'all.