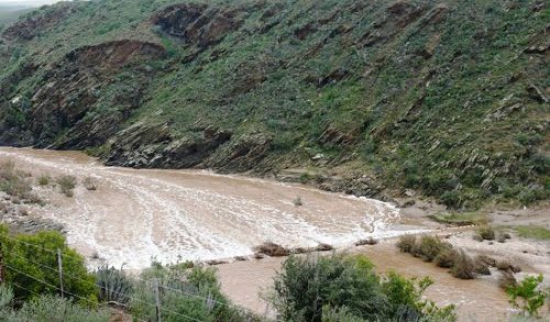 January passed in a blur. So, we have a half percent rise in the interest rate, more fuel hikes, food inflation and a currency that has fallen into a bottomless pit. That's all the bad stuff. The good news is that we have one of the most beautiful countries in the world and we can still travel locally in a reasonably affordable manner. Much of our filming effort in January took place in the Southern Cape and we have two exciting passes to offer you this week. {Expand this page to access the links or click the READ MORE button}

Firstly if you head up the tarred R327 from the N2 near Mossel Bay, you can drive the Du Plessis Pass which we filmed about a year ago (we have hyperlinked it for those who want to have a look-see). That road takes you to a small farming village called Herbertsdale. Just 3km north of the village lies the 19km long gravel surfaced Cloetes Pass. This one is not particularly high or dangerous, but it is a beautiful drive - and one you have to do once in your lifetime. Due to it's length, we had to produce it in two parts.

Very soon after the end of Cloetes Pass in the west, there is another much shorter, but fairly dramatic pass, (the Jan Muller Pass) which drops down to the Gouritz River valley and ascends up the western side of the gorge. This little pass is much more technical with very steep gradients of 1:3! The bridge is also frequently inundated with flood waters. Time your trip with this in consideration.

Next week we will be publishing a two part series on the lovely Rooiberg Pass near Calitzdorp.

Until then, drive safely and keep smiling!