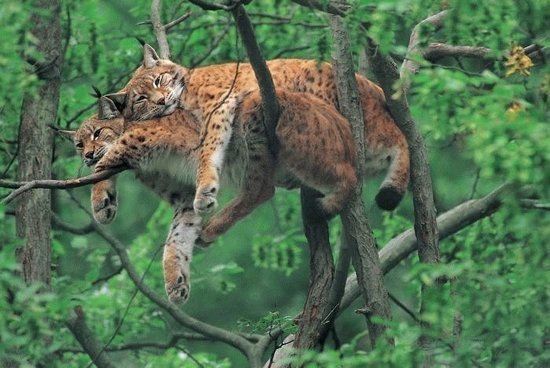 After some of our subscribers raised the issue of public access to Sanbona Game Reserve, near Barrydale in the Western Cape, we have investigated the matter, and we bring you a full report on this thorny situation. We also have three diverse passes for you to cyber drive.

[Expand this page to access the full news item and links to the passes by clicking on the picture, title or READ MORE button]

1. Kranspoort Pass - a tarred pass close to the Loskop Dam in Mpumalanga

3.Tafelberg Road - a scenic drive along the slopes of Table Mountain.

Next week we will be back in Mpumalanga to do the mighty Long Tom Pass with some fascinating history.

One of the items subscribers have raised in recent times is the question of public access to Sanbona Wildlife Reserve. There have been reports of 'aggressive behaviour' by park rangers and some of you have asked that we investigate the matter. Whilst Mountain Passes South Africa does not generally get itself involved in these matters, we have nonetheless written to Sanbona, candidly asking them for their side of the story.

The response from Sanbona Game Reserve is interesting and enlightening and as always there are two sides to every story. We contacted them on Thursday last week and their GM Paul Vorster, called me personally on Monday this week for a full discussion. Their approach to the allegations was both immediate and credible. If everyone understands exactly what the law spells out and the do's and dont's of driving through a game park with dangerous animals, it will go a long way towards making such requests reasonable and practical.

The short answer is yes, the public are allowed to use some (but not all) of the roads within the reserve boundaries, but under supervision.

Paul explained that each of the roads that have been de-proclaimed from 'open access' to 'public servitude' or complete 'de-proclamation' and are clearly marked with the actual date of the notice and government gazette date on a board at the gate or access point.

So that we all understand things correctly, here are some definitions:

Certain of the roads within the reserve have been deproclaimed to public servitude. This effectively means that the public still have access, but that such access is subject to the conditions set out by the servitude holder as stipulated by the Department of Roads. This was under Ordinance 11 of 2012 (applicable to certain roads within Sanbona's boundaries.)

So, if you want to use the road between Ladismith and the R62 near Warmwaterberg, you may do so, but subject to the terms and conditions as set out by the Sanbona management. An advance phone call to Sanbona will go a long way towards ensuring a smooth, trouble free drive through their property. Here is the procedure to follow:

1. Arrive at the control gate (all their access roads are manned 24 hours a day) and read the signs at the control point. If you are in agreement with the entry conditions, you must.....
2. Fill in and sign the necessary forms.
3. The guard will radio for an escort vehicle to accompany you through the reserve.
4. In certain instances, you will be allowed to go through unescorted, but your vehicle's movements will be tracked and monitored.
5. Public access is only allowed on the main through road, any deviation off this main road is trespassing onto private property.
6. You are not allowed to stop (unless in an emergency).

Paul went on to explain how complex it is allowing the public into a wildlife reserve where there are dangerous animals including lions and elephants. Sanbona have an obligation to ensure not only your safety, but also that of their animals.

Consumption of alcohol by drivers is the most common cause of conflict between the public and park rangers. Sanbona can decline entry to anyone that is breaking the law, such as driving while under the influence of alcohol. Sanbona are acutely aware of security and their rangers cover every corner of the reserve with radio tracking and monitoring. This is an anti-poaching initiative.

Any driver is welcome to traverse Sanbona, but they are subject to the rules and regulations of access. If you are not willing to abide by their rules, then rather choose an alternative route. Sanbona are well within their rights to impose those rules and all rules have been cleared and vetted by the Provincial Administration.

Groups of cyclists and bikers are allowed to traverse Sanbona, but always accompanied by a Sanbona vehicle. There are times when potentially dangerous game may be on or in close proximity to the main road. If this is the case then you may be requested to wait or take an alternative route or to put your cycle on a support vehicle and drive through. This is for the safety of both you, the animals in question and the people that are charged with looking after them.

For those who feel their rights to drive on publicly accessible roads have been infringed, can rest assured that this is not correct.

And that, I believe, effectively clarifies the questions raised.


Take care on the roads!