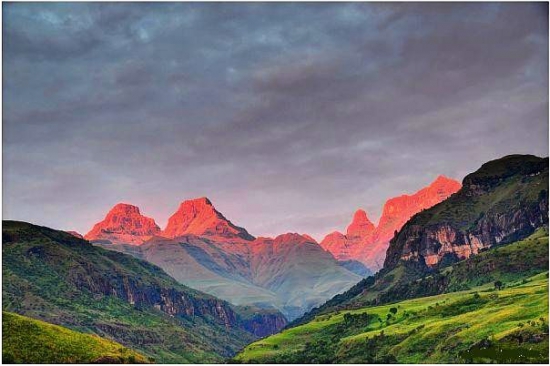 The two passes are named Donkies Pass and Donkey Pass, with the former being in KZN and the latter in the Free State. Today's featured pass is the KZN's Donkies Pass and it is technical, steep, rough and dangerous. This is now officially also the second steepest pass in South Africa with an average gradient of 1: 8,55. Like many of its sister passes in this part of the Drakensberg, it also lies on private land, so anyone wanting to drive it, needs to do some homework 'expedition style'. Two land-owners need to give permission to complete the pass, which traverses a double spine of the Drakensberg to the west of Newcastle and to add some genteel spice to this rugged, 4x4 route, you will either start or end at the luxurious Vulintaba Country Estate, so maybe pack the golf clubs as well!

The other (Donkey) pass will be available on this site within the next few weeks and by all accounts looks to be even tougher than the KZN one!

Tip of the week: The one word that everyone should use when driving : A N T I C I P A T E !