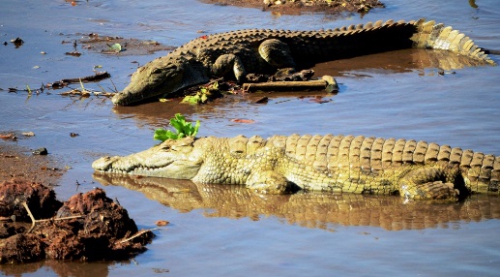 This week we take you on a another fascinating journey into the past as we explore the effect of the dreaded Tsetse Fly and it's profound influence on how the western sector of Limpopo Province developed. Our featured pass this week is named after the insect that kept human and animal populations at bay until a much bigger animal sickness arrived - the rinderpest, which in a bizarre twist of nature, made the province habitable again for both man and beast.

[To access the pass page link, expand this page by clicking on the photo, the title, or the green READ MORE button]

Our featured pass, is the Vlieepoort or Vliegepoort (Dutch), which translates into 'Passage of the Flies'. It was this poort which follows the Crocodile River northwards, where it forms a confluence with the Marico River to form the Limpopo River, which became the deviding line where the dreaded Tsetse Fly sowed such destruction pre 1902.

Travel with us along this fairly long gravel pass which has typical poort statistics with small altitude gains and gentle curves as we unbutton the history behind the road and its unusual name.

Regardless of which side of the political spectrum you find yourself, it is the passes and poorts of South Africa which form the glue that bonds our history together. There are tales of endurance, hardship, joy, sorrow, wars and battles which form the essence of our history. One of the often unseen by-products of renaming is the destruction of that history. A perfect example is the renaming of Nylstroom (now named Modimolle) and the lovely history of the Jerusalem Trekkers, which we featured last week. History is best left alone.

Click on this link to take you to the Vlieepoort page.

For those of you that reside in the Western Cape, there is still space open on our Cederberg Gravel Tour on Sunday, 29th November. Online bookings can be done here.

Thought for the day: “People will try to tell you that all the great opportunities have been snapped up. In reality, the world changes every second, blowing new opportunities in all directions, including yours.”~ Ken Hakuta