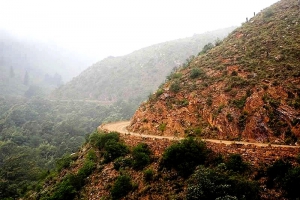 Thomas Bain is probably the most repeated name on this website. He left a legacy for all South Africans and many of his roads can still be driven today. A true son of Knysna, Thomas Bain left his indelible mark on South African roads with his trademark retaining walls and clever designs.

This week we bring you an upgraded version of his Opus Magnum - Described as a 'work of monumental proportions' as he forged a 68 km long winding pass through some of South Africa's most dificult terrain - working with pick, shovel and gunpowder and an unskilled and unwilling labour force of 250 convicts, he took just 4 years to build the 68 km long pass through mountainous terrain between Knysna and Uniondale.