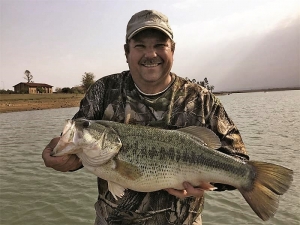 This week we head off to the bustling metropolis of Dirkiesdorp in the southern part of Mpumalanga, where the grass grows green in the summer and the cosmos lines the road-side in spring.

It is here too that some remarkable South African history can be uncovered and where real earthy characters like Swart Dirk Uys, Koos Bybel, Piet Italeni, Jannie Gyselaar, Kruppel Koos, Piet Hlobane and Vaal Piet seem unlikely characters from some forgotten novel.

We unpack the story of Swart Dirk Uys, his lovely daughter Sannie and an unlikely suitor in the form of a young Imperial French prince, whose flourishing relationship was cut short by the Zulus. Swart Dirk Uys is considered to be the founding father of one of South Africa's most succesful cattle breeds - the Drakensberger.

Not only is that a name of good film, but snow has fallen over a wide part of South Africa - even on the bluegums! Tiffindell recorded over 20cm of snow - one of the best snowfalls in a long time. The benefit of snow is that it releases water at a slow rate, which is much more beneficial to the earth than normal rainfall, allowing for superior uitilisation. It also fires up the spirit of adventure in most South Africans, but in general terms most of us have little or no snow driving experience. It's best to tackle snow drives with good preparation and if you're really heading off into the thick stuff, a set of snow chains is a sensible purchase - and of course the knowledge of how to fit them.

According to Snow Report, last week snow started falling in the north of Lesotho in the Maluti Mountains (Afriski area) during the early hours of Thursday morning. By sunrise on Thursday, there was light snow all across the Drakensberg from the north to the south, mainly on the Lesotho side, with some flurries in the southern KZN areas north of Kokstad and around Matatiele in the Eastern Cape. [Read more lower down]