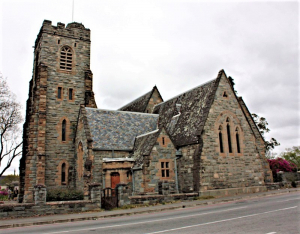 AUGUST 23rd (Sunday):
Elgin-Grabouw 4x4 Tour - To be launched early next week. This is a one day tour (allowed under current lockdown rules) offering lovely scenery of mountains and lakes amongst fynbos and pines. We can take 10 vehicles on this tour. The grading ranges from 1 to 5, but there are escape routes on most of the difficult obstacles. We will only drive up to Grade 3 level. This tour is suitable for novice and intermediate 4x4 drivers and will double as an introduction to offroad driving. You will need a 4x4 with low range. Bookings will open by Tuesday 4th August . Distance 27 km. 4 to 5 hours duration. Only open to residents in the Western Cape.

Last week's article on the manganese mine in Du Toitskloof sparked a lot of interest and the snippets of unusual history that we weren't privy to at school, are quite captivating. Today we start Part 1 of a series on the Forts of South Africa. The article was compiled  for the Grahamstown Historical Society by Eily Gledhill.  Photographs by Rex and Barbara Reynolds. Published by the 1820 Settlers National Monument Foundation.

The initial disasters of the war which commenced in March, 1847 were severe.  Elands Post was abandoned.  A strong punitive force under Col. Somerset which had pushed across the border of the Colony to Burn’s Hill near Fort Cox, had to retreat to Block Drift but at the Keiskamma River crossing another heavy attack resulted in the loss of half of the 125 ox wagons carrying military stores.  Peddie was invested.  In Lower Albany, Cuylerville, Bathurst and the fortified farmhouses were besieged.  Refugees flocked to Grahamstown where the streets were barricaded.

Eventually Fort Peddie was relieved via Committees Drift and Trompetter’s Drift and the Battle of the Gwanga ended in a resounding victory for the Colonial forces.