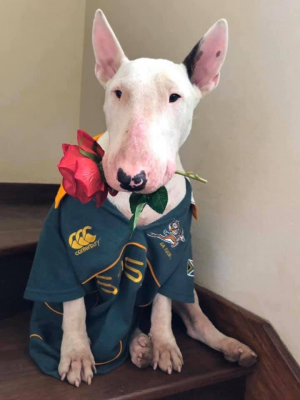 It's impossible to not be swept up in the ebullient mood after the emphatic Springbok victory in Japan. Whilst we are keen rugby supporters at MPSA we don't profess to be rugby experts.  So what have we learned from the event?

For starters the Japanese public and government totally embraced the RWC 2019 and did a magnificent job of it. There were hundreds of examples. The Japanese children that walked out with the relevant captain of the day, knew that country's national anthem off by heart; the respect that the Japanese people showed to foreigners; the way the public embraced the event was a thing of beauty. The next host country has a tough act to follow.

The stands were full at every match and when Japan were beaten in the quarter finals, the enthusiasm for the game of rugby intensified with Japanese fans painting their faces in the colours of whichever team they fancied. We rate it as the best world cup ever by a country mile.

Everything has been said about the Springboks. It's a like a fairy tale and no doubt there will be a blockbuster Invictus 2 on the big screen soon. Our congratulations to the Springboks - the whole lot of them - even the physios. We are incredibly proud of their achievement.

The petulant and dismissive behaviour of the English squad however does need a mention. The medal removal and sour faces put a blight on the sport, and must have been a huge embarrassment to the entire English nation; not to mention a slap in the face of the host nation. It was in extremely poor taste and at least Prince Harry was able to do some damage control.

The other negative was the decision by TotalSports to stop supporting Eben Etzebeth so close to the final. No-one seems to understand the rationale behind the move and in the process the brand and its parent company - the Foschini Group have no doubt shot themselves in the foot.

It is just wonderful to see South Africans from all walks of life dancing in the streets, laughing and singing. We are a great nation. Let's now build on all that positivity.

With just 2 weeks to go before this tour, we will be closing bookings next week. If you want to be part of this wonderful tour, please get your mouse clicking or fingers tapping. Full information and online bookings here:

By the end of the third day things had gone rather well on this tour, with the only serious issue being Mark Heaton's Jeep Cherokee injector problem. It was in high spirits that we rose on Heritage Day to nail down the final three passes - Naude's Nek, the TTT and the Ben Mac Dhui Pass. All three passes are close to each other in distance, but time wise, it's another matter altogether.