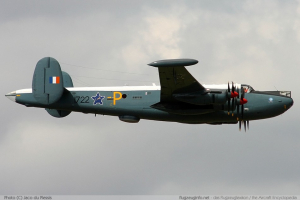 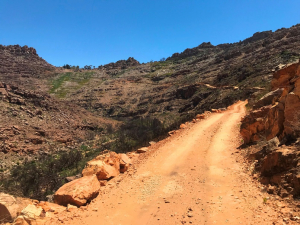 This is without question a bucket list pass and if you're a gravel pass aficionado, then doubly so. After the long flat plains of the Koue Bokkeveld have been traversed, this pass comes as something of an eye opener as the summit is approached and suddenly the whole pass is there winding its way laboriously down the western flank of the big ravine carved out by the perennial Leeurivier in the Southern Cederberg. It ends at a delightful camping spot named Balie's Gat.

This road is not for the faint-hearted as it is single width only and many parts of the road are propped up by some very basic dry packed stone walls. These are more or less in the fashion of Thomas Bain's dry packed walls, but the construction work itself is much more rudimentary.

It takes about 20 minutes to descend the 205 metres over a total of 2,4 km and produces an average gradient of 1:12. The road has serious gradients of up to 1:6, plus it is very bumpy and rocky. Ideally a 4x4 is required and especially the climb back out of the valley is much better in low range. If you're towing a trailer, then low range is a definite requirement. Note that it is a cul-de-sac and the only way out of the valley is the same you enter it.