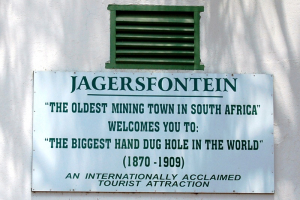 Metzpoort is a minor pass located in the south-eastern corner of the Free State province, fairly close to Jagersfontein and Fauresmith. It is unlikely that you would find this poort unless you actively look for it, as it is situated on an obscure road in the middle of a huge farming area.

Like many backwater roads in the Free State it does not appear to be regularly maintained, and at the time of filming the surface was plagued by severe corrugations, but it can be driven in any vehicle and in most weather conditions. The poort was named after the original farm on which it is located.